Batman must overcome his fear of working with others to save Gotham from an onslaught of villains in The LEGO Batman Movie.

The LEGO Batman Movie exists in an interesting space. Its predecessor (2014’s The Lego Movie) was considered an oddity and sure to fail. The concept was ridiculous and the perception was that it was a cynical cash grab; a film made only because the property it was based upon had a built-in audience of Lego enthusiasts who were sure to see it. This all eventually made the film’s success ring louder. And so, in the space of three years, a film about Lego turned from an easy punchline to a critically acclaimed Oscar nominee. The LEGO Batman Movie, a project that would have seemed absurd a few years ago, was suddenly subject to high expectations.

For the most part, the film holds its own. It embraces the Batman legacy fully; taking digs at previous iterations of the character, and also examining some of Batman’s deep rooted struggles and vulnerabilities. These traits are brought to the surface when Bruce Wayne accidentally adopts a son, Dick Grayson, who becomes his sidekick, Robin. Of the many relationships explored in the film, the execution of, and dynamic between Batman and Robin is the most successful. This is mostly due to the good natured and earnest way he is characterised. He provides relief for what would have otherwise been an overbearing portrayal of Batman. The narcissism and loneliness of Batman is almost grating at times, and Robin is a much-needed bright spot. He embodies the optimism and sincerity that made The Lego Movie so enjoyable. While the film’s first act is strong, its quality begins to waiver towards the end. The plot becomes slightly convoluted and its multiple endings prevent The LEGO Batman Movie from sticking the landing. A further weakness is the film’s chief villain. The relationship Batman and Joker have with each other is deconstructed in a way that’s fresh, and despite being simplified to a degree, gets to the heart of the dark obsession the two have had with one another throughout the years. Perhaps the most engaging part of their dynamic is that all previous on-screen Batman films are cannon in this universe, and the two reference their 70-year relationship frequently. The weakness comes from the portrayal of the Joker. The character design stepped right over the gaudy, trash-gangster look that was ‘cultivated’ in Suicide Squad (2016), and harkens back to a more classic Joker reminiscent of Nicholson. Despite the aesthetic return to form, the character lacks the charisma and madness that are quintessential to a compelling Joker. This is likely a result of the character shift for Batman. With Batman as the comedic force of the film, the Joker, typically a psychopathic mad man, is instead thrust into the role of the straight man. However, the Joker is far from the film’s only villain, and so his portrayal isn’t the ‘make or break’ factor for this film.

Despite getting bogged down in the third act, The LEGO Batman Movie ultimately clicks together. It encourages good heartedness over cynicism, and adds some much-needed levity to the Batman story.

Voice actor Will Arnett acknowledges that the raspy, whispery voice he uses for the Batman character is the same voice he uses with his children when he’s giving them important parenting information. 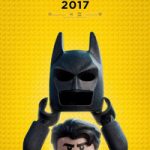