When the Kingsman come under attack, they must unite with their American counterparts, the Statesmen, in order to defeat a common enemy.

There is always an unfair amount of pressure heaped onto the sequels of successful films. This is only increased by the fact that Kingsman: The Secret Service (2014), was such a surprise to critics and audiences alike. Oftentimes filmmakers are unable to recreate that lightning-in-a-bottle feel of the first film, where everything just comes together so perfectly, it couldn’t help but be a success. While Kingsman: The Golden Circle is by no means a failure, it does not live up to the heights of its predecessor. To say that this is a result of the film being of lower quality isn’t a fair characterisation of The Golden Circle’s primary issue. What hinders this sequel most is that in an effort to give audiences more of what they loved about the first film, they robbed themselves of the chance to create something new for people to enjoy.

The tongue-in-cheek nature we saw in The Secret Service is increased tenfold, almost to a point of self-parody. All of these moments still manage to be charming and entertaining on their own, but when viewed in sequence for the entirety of the film’s mammoth two-hour-and-twenty-minute running time, it gets tired very quickly. And this really is quite a shame, because what made the first movie so endearing at times, was the feeling that the filmmakers were nudging the elbow of the audience, encouraging them to enjoy things as much as possible, because everything was so fun and different. Unfortunately, different is not a word that could be used to describe The Golden Circle.

With the exception of a few subplots (of which there were far too many), much of the story is similar to the first film. This is particularly true of the villain. But despite the similarity, The Golden Circle, and The Secret Service should both be lauded for the unusual plots of their villains. In both instances, the agenda of the villain is actually startlingly progressive and honourable; it’s the means by which they try to achieve this agenda that is monstrous. This level of nuance rarely exists in bombastic action blockbusters, and while it isn’t executed perfectly, it’s chances like these that deserve to be celebrated. 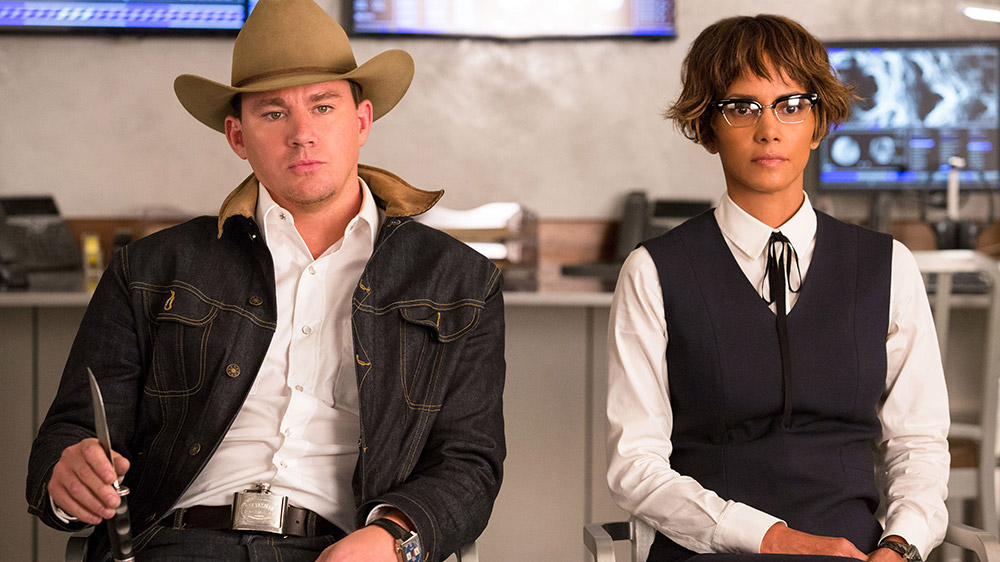 Still, much of what’s great about the film is overshadowed by the almost oppressive stylistic choices that have been ramped up exponentially from the first film. Obviously near parody of cultural stereotypes is part of the Kingsman brand. That being said, the broad pastiche of campy Americana – whether in the form of 1960’s nostalgia, or an almost masturbatory obsession with the South – is overwhelming at times. In that same vein, Julianne Moore’s portrayal of villain Poppy, is at this stage, a bit cliché. A villain who’s all smiles and cheer while they perform horrible acts of violence and terrorism was edgy and fresh in the nineties, but these days, villains like this seem to be more common than the dark and brooding monsters who used to make up most of our on-screen antagonists. Still, Moore is excellent in the role, as everyone would expect, as is Jeff Bridges, who despite having only a small part to play, brings a huge amount of humour, especially with his unusual and subtle affectations.

Despite its flaws, the film is enjoyable. The characters are all still as enthralling and charming as they were the first time around, and Mark Strong gets a bit more to do, which is never a bad thing. The greatest shame is that the flaws mentioned, greatly hamper this film’s chances for success. They had an opportunity to recapture the magic that made The Secret Service such a hit, and got close to doing so, but ultimately, they were their own worst enemy.

Fourth collaboration between Matthew Vaughn and Mark Strong. They previously worked together on Stardust, Kick Ass, Kingsman Secret Service, and this film. 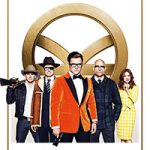