Damien Power’s debut feature finds its strength in the familiar. The tried and true slasher formula is introduced and then destroyed in Killing Ground – a dark Australian thriller that is so much more than it seems.

You’ve heard the story before. A young couple go camping in the middle of nowhere and everything is just wonderful, until it isn’t. What’s most exciting about this film is that, much like the characters, the audience thinks they understand what’s going on. We find safety in the known, a safety which Power quickly rips out from underneath us. The audience and the characters are left to grapple with the new truth we now know, and the weight of the mysteries we have yet to solve.

One of the great strengths of the film is the restraint with which it was made; it’s a slow burn with long takes and longer silences. It manages to balance on the edge of maturity and thoughtfulness without slipping into pretension. However, in a film that seems to have the desire to empower its female characters, its biggest fault is probably how much it revels in its violence and the sexual victimisation of its women. Typically, sexual violence is used for shock value rather than to actually make a statement or create a sincere emotion. While Killing Ground’s more graphic scenes in this area don’t quite feel in poor taste, they aren’t far off from being gratuitous, and the threat of rape looms large. Its violent scenes see-saw between being brutal and real to draw the audience in, and being dark and edgy, for the mere sake of shocking us.

Still, the film does have something to say about gender roles and horror tropes, and the violence is a means to that end, but I don’t know that the level of suffering some characters endure was needed to tell this story. That being said, there have certainly been more unjustified displays of violence, sexual or otherwise, in film, and it is clear that Power’s intention was to use these horrors to say something.

Ultimately, Killing Ground is a pleasant surprise. While initially feeling like one of the same, trite, thrillers audiences are surely sick of, it ends up using our expectations against us to create a film that is shocking, fresh and worth your watch.

The film’s world premier was held at the 2016 Melbourne International Film Festival. 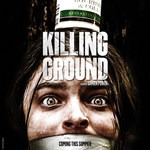 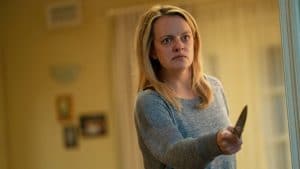 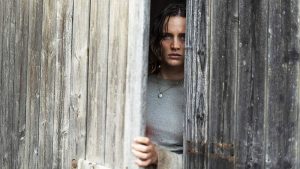