Henceforth referred to simply as Jim & Andy, this film is one that struck me as incredibly honest and raw. The film gives viewers a behind the scenes look into the making of Man On The Moon (1999), where Jim Carrey plays out the life and career of renowned comedian, Andy Kaufman.

Upon auditioning for the film and subsequently getting the role, Carrey adopts the persona of his idol, Andy Kaufman. He takes method acting to a whole new level and transforms himself into Kaufman, as well as into his comedic, created character, Tony Clifton. From the outside, it appears as though Carrey is simply putting a new spin on method acting. However, during the interview that runs intermittently throughout the entire film, he claims otherwise. He says that he had literally – physically, mentally and emotionally – become the characters that he’d been cast to play.

Jim & Andy allows us a look into the madness and mayhem of the Man On The Moon film set. In playing Tony Clifton, Carrey shows up on set drunk, sour, and unwilling to cooperate with director Milos Forman. He would adopt Clifton’s blunt, robust attitude and be uncaring as to how it affected those with whom he came in contact. When playing Kaufman and in re-enacting the former comedian’s skits, Carrey would not stop once the cameras had finished rolling. He didn’t return purely because the director called “Cut!”, rather he continued to stay in character and the cameras that kept rolling enabled us to see that. Some may call it a phenomenon; some may call it a miracle. Some may say that it was a twisted act, and only an act. At any rate, Jim Carrey was no longer himself once he’d stepped foot on the set of Man on the Moon. The behind the scenes footage show us that he became so enveloped in his role that he cared not for the reality outside of it. Jim & Andy was released nearly two decades after Man On The Moon, a sizeable time period that allows us to see the perspective of an older Carrey, as he reflects upon his time on the previous film.

Jim Carrey is an interesting character in and of himself, and Jim & Andy only serves to further prove the truth of it. Incredibly well spoken, it is hard to decide whether Carrey is a genius or just bat-shit crazy. Personally, I believe that he makes some interesting comments that really get you to think.

The behind the scenes footage was withheld by Universal for almost 20 years. 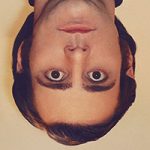