Without further ado, here are the Janks Reviews Crew’s favourite films of 2016. We’re not saying these are the best films of 2016, just our favourites. Swiss Army Man is so much more than what the attention-grabbing headline circling the internet suggests. ‘Daniel Radcliffe plays a farting corpse’ can’t begin to encapsulate the depth and sincerity of Dan Kwan and Daniel Scheinert’s genre-defying masterwork.

The film’s child-like approach to despair and the pain of loneliness – while not the most nuanced – evokes a purity and warmth that is unforgettable.

Equal parts confident and courageous, Swiss Army Man’s bold originality will mark it as one of the most intriguing and valuable indie films in recent memory.

Midnight Special, Everybody Wants Some. Every once and a while a horror film comes along that hits you directly in the face and leaves you polarised until the final credits. It’s safe to say that Don’t Breathe is one of those films. A simple premise is overshadowed by great performances and confident direction. Even before the lead characters are in harm’s way the tension has already started to escalate.

Once the story is established (three young robbers knowingly break into the home of an old blind man, only to have the tables turned as they become the victims themselves), the stage is set as director Fede Alvarez (who also made the better-than-expected recent Evil Dead movie) induces us with sweaty-palm material for the next 90 minutes.

Sans cheap jump scares and CGI, Don’t Breathe is an undiluted old fashioned horror flick that takes the pleasure of putting its audience through the ringer. And by the end you will thank it for the experience. For obvious reasons, Finding Dory was my ultimate 2016 cinema highlight. For thirteen years, us Disney-raised young adults waited patiently for another dose of life under that crystal blue animated water. But thankfully, the time had finally come for us to get lost in the big blue once more. All the magic from thirteen years earlier was still apparent; all the humour, the artistry, and the loveable fish friends still there, the film’s makers proving that they hadn’t lost sight of what made the films predecessor so moving. The film for me was a tasteful return to my childhood, a much anticipated gift which took the shape of one small blue tang, and two equally dear clown fish.

The Lobster, Fantastic Beasts and Where to Find Them. The hugely anticipated film that split audiences and was universally hated by critics. I certainly wouldn’t say it’s the BEST film of 2016, not by a long shot, but certainly the film that had the biggest impact on me. Long story short, the film blew my mind. I could never understand the hate behind it, as I believe the film had it all; action, drama, great casting, story and performances. The now infamous ‘Martha’ sequence was genius in my book. These characters have been around for over 70 years each, and I don’t think that specific angle had been used up until now. What a way to keep things original! Oh, and not to mention the lovely change of pace from Marvel films, of which fatigue has been setting in something shocking.

See our review of the film here. When a movie about aliens forces us to take a hard look at humanity, it has certainly raised the bar of science-fiction. Arrival may have a great cast, but it’s Amy Adams’ incredible performance at the forefront of an invasion crisis that sold this film as the standout of 2016. I didn’t think it was possible to relate to a linguist with FBI level clearance when I can barely remember a single word of French, but her realistic performance keeps the audience with her in every breath she takes. The stunning CGI coupled with marvellous writing makes this story so believable that I am terrified at the darkness of humankind, yet hopeful that our first contact won’t play out like the plot of Independence Day. With a twist that bends your brain and makes every moment of this film so purposeful and planned, make sure you watch it. Ultra-violent, cold and atmospheric with a traditional dose of witty dialogue — QT’s ninth feature was nothing short of mesmerising. Samuel L. Jackson spearheads a talented cast of actors in this beautifully-shot western.

Continuing his ode to forgotten classics of old, The Hateful Eight is a story of suspicion, paranoia and seeking sanctuary during one of the harshest blizzards in the Civil War era. In essence, Django Unchained and The Hateful Eight play off as a two-piece saga into Tarantino’s vision of the Wild West — the latter is a more grounded, claustrophobic and combustible gas leak that slowly ignites in typical QT fashion. We’re also given our fair dose of 19th Century politics, with various character conflicts creating tension throughout the riveting 176 minute runtime (the mega-director’s longest film to date).

The Revenant, The Witch. It takes quite a lot for a film to ultimately make me swoon. I believe I’ve stated before, modern cinema is the era that captures my interests the most, mostly because it’s the most advanced filmmaking has ever been. Giving us dark satires such as Gone Girl, or The Wolf of Wall Street offering us gritty, dangerous fun. Films like Spike Jonez’s Her transporting us to an era unlike our own, presented in its glorious digital beauty.

In the filmmaking marketplace it’s hard to find a new jaw dropper, which Nicolas Winding Refn dared to create. His film yanking at my jaw, forcing it down to the ground wide open, presenting the desolate world of fashion for its horrors. Where all eyes judge and predators eat the innocent at first sight. Essentially a cautionary fairy tale of good girls gone cannibal in the industry built on starvation. This is coming from someone who desperately wanted Refn to come into his own. His previous work besides Bronson only a taste of what he could offer, with The Neon Demon being a gorgeous (poisoned) desert. In a year in which I saw over 190 movies, only two could maintain a perfect five star rating long after the first viewing, and boy did Refn keep my wicked grin up from ear to ear. 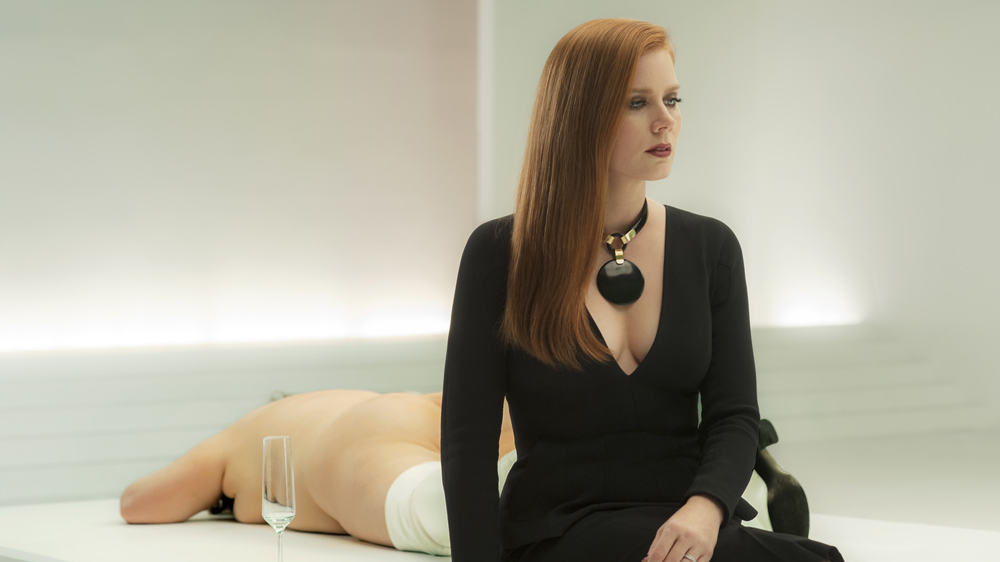 While I quickly forgot about nearly every other film I watched in 2016, Nocturnal Animals has stayed with me. From start to finish, Tom Ford’s adaptation of Austin Wright’s novel Tony and Susan made me feel completely unsettled. From the distinct possibility of violence on a dark country road, to protagonist Susan’s (Amy Adams) aura of discontentment, I wanted to look away from the cinema screen, because there was no way that things could end well, and yet I couldn’t pry my eyes away. The film’s luscious mise en scene and Aaron Taylor Johnson’s charisma-oozing portrayal of an unhinged hillbilly certainly kept me watching.

Finding Dory, Fantastic Beasts and Where to Find Them.