Ideal Home is a lighthearted comedy about a bickering couple who suddenly find themselves thrust into parenthood, that comfortably finds a home somewhere in the feel-good realm of 2006’s Little Miss Sunshine.

During one of their decadent dinner parties, the grandson Erasmus never knew he had unexpectedly arrives with a plastic bag in hand containing a Bible, cash and cocaine – “All anyone really needs in life”, Erasmus jokes. “This is your grandson,” reads the note inside the bible. The boy’s father Beau (Jake McDorman) is the estranged son of Erasmus, who has a drug and anger management problem that’s landed him in jail. Before his arrest, Beau tells his son to make his way to the Santa Fe address. His son’s only warning – it’s better than child protective services. A rather low bar to set one might say.

The couple is shocked by their new visitor but none more than Paul, who’d only learnt of Erasmus’ 80’s liaison with a woman resulting in a baby, a few years earlier. The prospect of adding a child to their complicated and strained relationship is especially daunting. Earlier that day Paul had joked that he’d leave Erasmus, but that part of him “just wants to stick around to watch him die”. With nowhere else to go, the pair reluctantly take the boy in.

There is so much to love about this film from writer/director Andrew Fleming, who found success with a string of films in the 90’s, such as The Craft (1996). The dynamics between Rudd and Coogan are authentic and beautifully understated, despite Ideal Home’s outrageously funny take on family values. The film marks the third collaboration between the pair, who last worked together on 2011’s My Idiot Brother.

Coogan’s straight-faced portrayal of the self-indulgent Erasmus provides many laugh-out-loud moments. His character is entirely oblivious to his absurdity and so serves to give him a surprising amount of sincerity. Then there is Rudd, who has come a long way since his 1995 breakout role in the teen classic Clueless. He provides a touching look at the lengths one goes to for the ones they love, while also satisfying audiences with the comedy we’ve come to know and love from this fan-favourite.

Newcomer Jack Gore holds his own as the self-named ‘Bill’ and grandson of Erasmus. Having been continuously let down by the adults in his life, he’s not about to make things easy for the twosome. But he’s not a problem child per se. He’s become so accustomed to good things not lasting and seems all too ready for disappointment. Perhaps all that is set to change.

Many of the straight characters are played by openly gay actors. 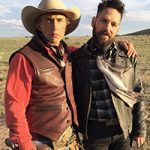 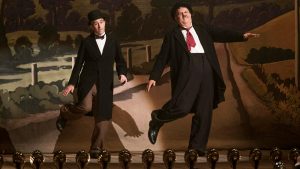 Gallery image with caption: ‘Stan & Ollie’ Review – A Werther’s Original for the Heart 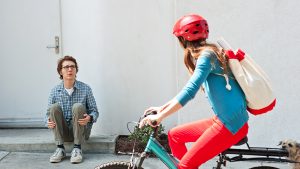 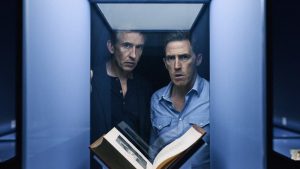 Gallery image with caption: ‘The Trip to Spain’ – Review