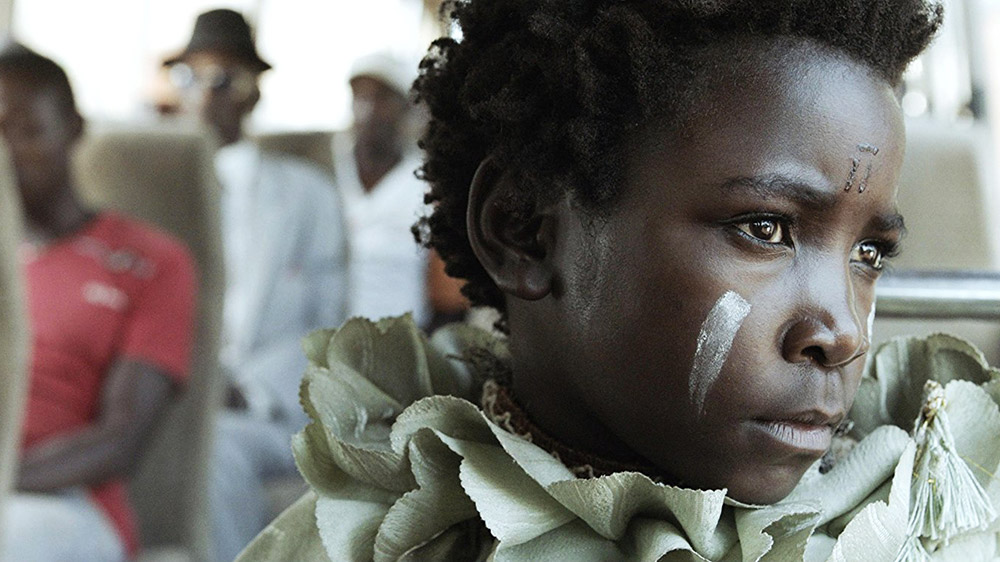 Rungano Nyoni’s debut film I Am Not a Witch is a unique and strangely captivating film, portraying superstitions surrounding witchcraft that still exist in rural parts of Africa.

On a dusty road in remote rural Zambia, a woman carrying a large pail of water on her head, trips and falls. She looks up to see a small wide-eyed girl (Margaret Mulubwa) on the path. The nameless child with no apparent family is brought before an official and accused of witchcraft, with this incident sited as evidence. As a new arrival to the village, her superstitious neighbours are quick to join in with their own accusations, while she remains silent and watchful. A short trial takes place involving a local witch doctor and a chicken that is both humorous and tragic, where it confirms their beliefs and she is declared a witch.

Government official Mr. Banda (Henry Phiri) is alerted to the discovery of a new witch, and she becomes part of a state run witch-camp, comprising entirely of elderly women that have been similarly labeled. There, like her companions, she is fitted with a long white ribbon tied to a large wooden spindle, the purpose of which is to tether the witches to the ground and stop them flying away. The child, affectionately named Shula by her fellow witches, is told that if she cuts the ribbon, she will be transformed into a goat. The traveling camp initially offers her a place in a community and protection, which is soon revealed to be a lucrative business opportunity that the government exploits as a tourist attraction and source of labor.

Due to her unique nature as a child witch, Shula is identified by Mr. Banda as a premium product. With the help of his wife, herself a witch, she is paraded around local villages to use her ‘magical powers’ to identify guilty suspects in rural court cases, facilitate the end of wide-spread droughts and even sell eggs with implied supernatural properties. Mr. Banda’s ‘little witch’ becomes a local celebrity and finds herself on a local TV chat show, devised as a marketing tool. The presenter however poignantly asks the government official, ‘what if she is actually just a child?’ – a question that neither her keeper or any adults responsible for her care will acknowledge. It is up to Shula herself to search for the answer with little guidance from the world around her. I Am Not a Witch blends deadpan humour with tragedy, as this fable-like tale questions the superstitions accepted by rural communities and exposes the vulnerability of traditional customs in modern society. We are shown how these customs fall victim to exploitation from government corruption and voyeuristic tourism, without any of them questioning their validity. There is a poignant scene where a tourist offers to take a photo with a downhearted Shula to cheer her up, that perfectly captures this.

First time director and writer Rungano Nyoni was inspired by real-life reports of witchcraft accusations in her birth country of Zambia. As part of her research, she spent a month in Ghana and was the first foreigner to stay in the world’s oldest ‘witch camp’. On her travels across Africa, she also found the non-professional actors that would form the majority of her cast including its young radiant star Mulubwa.

Cinematographer David Gallego creates beautiful yet haunting images of the colourful and weathered characters that make up this tale, captivatingly shot against a barren landscape. The use of lengthy shots with lightly desaturated colour adds a dreamlike quality to the film, fitting with its themes.

I Am Not a Witch has received critical acclaim since it debuted at the 2017 Cannes Film Festival. Nyoni won the BAFTA for Best Debut by a British Writer, Director or Producer and closer to home, won Best International Film at last year’s Adelaide Film Festival. The film is subtitled and airing from 19th April at selected cinemas. 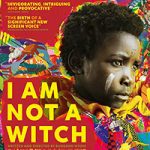