If you’re wondering what movies to swipe left on this summer, Hunter Killer is a good candidate. The rather uninventive title says a lot about what to expect from this cliché action-thriller, referring to the class of American submarine that features in the story.

Starring Gerard Butler as Captain Joe Glass, the story follows a distress call from a U.S. submarine in the Arctic Ocean after being struck by unknown fire. Dredging up every Cold War action plot ever made, the film attempts to reintegrate the ‘Russian versus American’ military rivalry by placing it into the 21st century, relatively unsuccessfully.

When Butler and his crew discover a plot to overthrow the Russian president, he and his band of elite Navy SEALS must sneak onto foreign ground and battle to rescue the president, preventing an all-out war and global catastrophe from occurring.

Good points about the movie can probably be counted on one hand; the key characters are well cast, with Gerard Butler giving his usual highly charged and masculine performance, very much in the vein of his role in Olympus Has Fallen (2013). Gary Oldman and Michael Nyqvist also stand out as the shifty government bureaucrat and honourable Russian Captain respectively. Director Donovan Marsh quite successfully replicates big budget 1990’s action films and the plot is well-paced. But unfortunately, the formula is just too generic to make much of an impact. It feels like everything in Hunter Killer has played out a million times on screen before, and there is nothing that really stands out as unique or interesting. There are no twists in the plot and it remains entirely predictable from start to finish. The drama is character-based, and there are at least attempts to create empathy for all the many characters put under imminent danger. But sadly, it’s not enough to give the movie enough momentum to impress.

By the end of the film, it almost feels like you are watching a piece of military propaganda for the US Army and Navy, as Butler and the Captain for the SEALS pat each other on the back for a job well done and walk off into the sunset.

There are a few nice shots and visual effects of submarines in the Arctic, which occasionally achieve a sublime sense of wonder. There is also a notable scene where Nyqvist’s Russian Captain helps to navigate the submarine through mine-infested and perilous iceberg scattered water. You want to buy into the Russian/American comradery, but as is often the case with these movies, the American bias stands out. It’s hard to believe that Russian soldiers would turn on each other after being attacked, just because Gerard Butler has a plan to prevent a military coup. The Russian President is certainly a long way from his real-life counterpart in the form of Vladimir Putin, so the politics of the movie just feel terribly off.

Hunter Killer might still be suitable for a night in though when you just want a mindless action flick. It may be better to wait for it to appear on streaming services or late-night television. 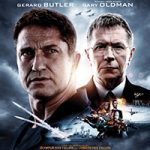