Ryan Murphy’s Hollywood is exactly what it says it is, a mini-series set in post-WWII Hollywood following “an ambitious group of aspiring actors and filmmakers will do almost anything to make their showbiz dreams come true.”

In this reimagining of the inner workings of Tinseltown, we follow the typically handsome Jack Castello (David Corenswet) as he tries to turn his dream of becoming a film star into a reality. Hollywood is proving to be a hostile place for young dreamers, but Jack isn’t facing nearly as many obstacles as his peers.

Black and gay, screenwriter Archie (Jeremy Pope) is dating the closeted actor Rock (Jake Picking) and both men know what will happen to their fledgling careers if their true selves are revealed. Half-Philipino but white-passing, aspiring director Raymond (Darren Criss) is subjected to much less discrimination than his uber-talented black girlfriend Camille (Laura Harrier), who is typecast as a maid and forced to embody the racist “Mammy” stereotype despite her obvious talents. As the storylines of these bright young things become increasingly intertwined, the real story kicks into gear. Based on the true story of troubled silent screen actress Peg Entwistle who famously jumped to her death from the Hollywood sign, these young creatives set about producing a film that reflects the nature of Hollywood. They face constant obstacles in their attempts to create a more diverse industry.

From the audience’s viewpoint, Hollywood has got everything you could possibly want in a Netflix binge. Sex, infidelity, power struggles, strong women, and handsome men. Murphy doesn’t shy away from the explicit – Hollywood shows a lot more skin than traditional period dramas. From sweet romances to transactional interactions, there’s no doubt that the series is inclusive in its portrayal of sexuality and sexual preferences.

In a role which is the complete opposite of typecasting, Jim Parsons embodies the insidious side of Hollywood that lead to the Harvey Weinsteins of present-day Hollywood. Parsons is hypnotic in his role as the talent agent Henry Wilson – there is no essence of Sheldon Cooper in his portrayal of the closeted agent who utilizes the homophobia of the industry to manipulate and abuse his actors. Despite his awfulness, the manner in which Wilson expresses his volatile exclamations and one-liners draw a laugh. However, his eventual storyline once again brings up the question of what television and cinema are promoting when bad men are given redemption arcs.

The set dressings on Hollywood are stunning and carefully researched, right down to the crimped green glass ashtrays. The costuming is to swoon over. The soundtrack features favorites of the bygone era. Watching Hollywood, it is easy to forget that this is a reconstructed version of reality and not a documentary featuring archive footage.

Purists will most likely balk at the reimagining of history – but we all need a little bit of escapism right now. This revision of history champions those in showbiz who have usually been kept out of the public eye and denied their time in the spotlight – black and minority ethnic, older female and queer actors. They are not without their struggles, but they are up against a fictional society with much less staunch views than the real deal. Depictions of racist attacks, homophobic rhetoric and misogyny are peppered throughout the series, but little is done to fully portray the true weight of this. Hollywood isn’t perfect. In its attempt to create a world with less stigma and more opportunities for marginalized people, it participates to an extent in the erasure of the reality of the racist and homophobic atmosphere of the era. It is easy to get wrapped up in the liberal fantasy playing out on screen and push aside the blatant discrimination that defined the 40s and the decades that followed.

Ambitious and not afraid of taking risks, Murphy has delivered another addictive series. While it may not portray an accurate version of Hollywood, it undoubtedly achieves its core purpose – to entertain. 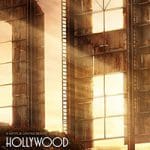