Seventeen years after the great Stanley Kubrick left this earth, Ben Wheatley’s latest film High Rise is something I can picture the great man himself salivating over. Problems and all.

Other than the godsend himself Paul Thomas Anderson, Wheatley is the only other filmmaker I can recall who’s attempted to squeeze every bit of Kubrickism in the book. From the occasional use of the one point perspective to these gorgeous Barry Lyndon like costumes and lighting, they feel stripped from the same wacky head that made us fear artificial intelligence and crazy Nazi hands. Like it was a part of his own filmmaking process long before pre-production, just appropriating where necessary. It’s honestly a difficult thing to achieve. While I can’t say Wheatley gets to the level of any of that great filmmaker’s previous work, and does falter in the second half, the inspiration is there.

High Rise focuses of an upper-class vertical city complex, The Elysium, diving head first into the arthouse society-bending genre without leaving a “goodbye cruel world” apology note in sight. The film dousing itself in disparity and sexuality as class warfare erupts over the craziest of things. These people unable to check their privilege, engaging in outright brawls as the top 1% tear each other apart. Among them is Dr Robert Laing (Tom Hiddleston), a black sheep expecting a life of admiration and class in paradise in a place that is almost anything but. Wheatley uses Laing as the (far too handsome) outsider to society expecting too much. Craving all privilege they feel is deserved, that the other side of the complex is keeping from them, yet probably wouldn’t bat an eye if they didn’t know about those possible privileges in the first place. In one simple shot, it addresses class inequality. Contrasting the lavishness of the top to the desolate barren land below, as well as many other visual images that work gorgeously. Literal images of power rising to the top, where rests a self-made (false) god to many (Jeremy Irons), whose desire to change humanity for the better, giving them every little intricate thing they could desire, may actually lead to their downfall as the worst human period ever, period. Greed coming from knowledge, as civil war breaks out without Paul Rudd to break up the murkiness with forced quips and charm. No. High-Rise loves the murky. Almost too much in my opinion. Be it the scenery or the residents themselves, Wheatley shows their nature like an unwashed sweaty palm that’s already shacked yours without warning. Too late to realise this encounter is by no means pleasant. The film works technically and thematically. Being this representation of inequality among society and the greed we all face. However, ironically enough, considering I’m a silly, greedy middle-class viewer myself, I felt High Rise had more to offer that I just was not getting. They say “never review the film they didn’t make”, but I couldn’t help but watch the film from an entertainment eye and feel very lulled and tired. It inadvertently reminded me of films like Yorgos Lanthimos’ The Lobster. This was another society analysing film that came out not too long ago, using depressing murk and gorgeous dark humour to convey the ridiculousness of relationship society and how humans behave. I believe there’s a sense of absurdity and ridiculousness High Rise could have used to convey its own points, tackling an absurd 1% of society that are so lavishly rich and yet just bloody hate each other over privilege. I won’t compare them often, but Lanthimos had a way of giving each character their moment to shine and demonstrate their role in the film. Whether it be the heartless women, the authoritarian manager, the resistance maid, and so on. They all resonated as real characters in absurd worlds with a point, where I felt Wheatley didn’t have a grasp on them. Yes, the majority of them are maniacs, but there’s a pathos and sadness he tries to get out of these characters. Their roles and why they exist are blurred and feel like they’re written in a history book as random bourgeoisie-1 fights leader of the bourgeoisie-2. Other than Laing and Royal (Jeremy Irons), the majority of the characters feel wasted, even when they have solid performances elevating them. When you can go to 11, go to 11, man.

A reoccurring trend I’ve noticed for a while is that towards the end, the directors for some of these arthouse movies tend to just give up. The first acts, of course, use these great window lighting and slow motion sequences. Presenting us with themes that are just so good, however just rushing to the end to get the film done. Once that civil war breaks out, High-Rise becomes rather unstable. Almost ripped straight out of Danny Boyles’ 28 Days Later, they all become radicalised attacking one another without the pre-established absurdity to make it consistent but fun. Fans of Wheatley say they love his lack of cohesiveness and clear character arcs. As a new viewer myself I found it very confronting and disappointing, and would have preferred some more controlled madness in the style of George Miller’s Fury Road. I can imagine Kubrick adoring it to high heaven, but then again, he did make Eyes Wide Shut.

Tom Hiddleston spent time with a forensic pathologist to prepare for his role since his character, Dr. Robert Laing, is a physiologist. 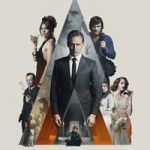