I often try to imagine what it would’ve been like for the audience who first saw The Exorcist at the cinema in 1973. I wasn’t born then, but it is well documented that the film generated intense reactions, even mass hysteria. A palpable fear that resonated deeply with its audience and sent a gurgle through the collective unconscious of the age. Hereditary is probably the first horror movie I’ve seen at the cinema that has a comparable sense of dread. It’s certainly the most chilling and psychologically disturbing film I’ve seen in over a decade.

No. The audience I was with didn’t run out of the theatre, or vomit, but there was a noticeable atmosphere which carried out of the seats, through the aisles, and no doubt back to bedrooms, where the imagery of the film would fester and become the stuff of nightmares.

Ari Aster has just cemented his reputation as a writer and director for horror fans to keep an eye on. The movie follows the cursed Graham family, who are haunted by death, psychological trauma and a sinister secret to do with their ancestry, which begins to unfold when their grandma dies. Like the greatest films of the genre, Aster understands that horror is best utilised to explore grief and other taboos which other genres won’t normally touch. Needless to say, Hereditary digs six feet deep into the subconscious fears of our own time.

Right from the introduction, with the camera panning into a dollhouse, the viewer is kept permanently off guard. What is often for me an ineffective device in horror, the dollhouse is utilised perfectly here. Built by Toni Collette’s character Annie Graham (who builds miniatures for a living), the camera work somehow permanently upsets the viewer’s sense of size and place from the outset. What follows is a lurking horror which digs deeply under your fingernails, and pries your scalp up with a crowbar to seek out the most depraved and tortured psychological fears festering inside your skull. Toni Colette once again shows off her diverse acting range in a role that will no doubt draw many comparisons to Essie Davis in The Babadook (2014). Gabrielle Byrne slips comfortably into the tailor-made role as Annie Graham’s husband Steve. Byrne usually shines but has never been better cast, at least not since The Usual Suspects (1995). Milly Shapiro is chilling as Charlie, with an unsettlingly empathetic face that mirrors, for the feminine, the allure of Stranger Things’ child star Gaten Matarazzo (the young Charlie’s iconic mouth clicking noise might just ring in your ears for a few hours after the film). Then there is Alex Wolff, who also seems born for the horror genre, like his brother Nat (of 2017’s Death Note fame), playing the moody disturbed teenager drawn slowly in by the darkness. A performance which at times conjures the heights of Gyllenhall’s Donnie Darko (2001). Put all these ghoulish personas together and you’ve got a modern Addams Family, who are put through the ringer in incomparable psychological torture. Think Poe’s ‘Fall of the House of Usher’ with nuclear fallout.

What’s even more surprising about this movie, whilst the first eighty per cent is almost purely psychological, the finale delivers a fistful of supernatural horror that haunts with lasting fervour. Aster surprises the audience by never taking them for granted, nor resorting to cheap tactics. In spite of having the viewer in the palm of his hand and eliciting moans and constant wails of fear, there wasn’t a single jump-scare used. I couldn’t help but think that at certain moments Aster could have pulled screams so easily, like so many shotgun blasts in a barrel of fish, just by utilising a banging door or a jumping cat. But instead, Hereditary was even more horrifying for never easing the tension which just kept layering, even until the last seconds of the movie. There was no release, and the screams stayed buried.

I’d refrain completely from giving away the slightest detail about the unique mythology and disturbing imagery of the film. Hardened horror fans will be grateful that this genuinely terrifying film, in more of a psychological than traditional scare way, not be spoiled for them. It’s difficult to lavish Hereditary with anything other than praise, simply for its evocative cinematography, well-written characters, great acting and directing, and most of all for successfully burrowing into the recesses of the human mind, and dredging up buried anxieties unique to a range of age groups and life experiences.

In a rather hilarious misjudgement of the audience, the film’s trailer was accidentally shown at a screening of Peter Rabbit in Australia. 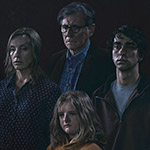 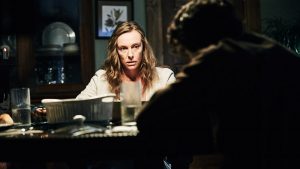 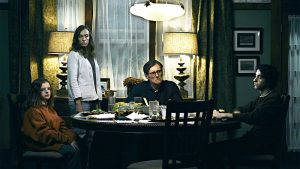