Godzilla 2: King of the Monsters features some amazing visuals and awesome monster fights, though it isn’t enough to save it from its weak narrative.

Dr Emma Russell (Vera Farmiga) develops a machine that can send sound signals to the Titans (aka kaiju aka giant monsters) that will get them to respond in a variety of different ways. The technology was meant to be used for good, as an attempt to communicate with the Titans with the ultimate goal of co-existence between species. The government, on the other hand, are trying to figure out whether or not to simply just destroy the Titans, after the wake of destruction left by Godzilla in 2014’s film of the same name. It’s the secretive and powerful agency Monarch that is fighting for co-existence, while also having discovered that there are now 17 of these giant monsters scattered around the world.

When Dr Emma and her daughter Madison (Millie Bobby Brown) are kidnapped by an eco-terrorist (played by Charles Dance) whose plans are to use the sound device to awaken every Titan at once, Emma’s estranged husband Mark (Kyle Chandler) comes out of the woodwork to join forces with Monarch in an effort to guide the agency to solving the (inevitable) Titan crisis, while trying to save his wife and daughter in the process. Things are not what they seem as he’ll soon discover though, and eventually, parties on all sides will realise that they’re in over their heads when they unleash one of the most powerful and dangerous Titans (and Godzilla’s ultimate nemesis), the three-headed dragon-beast Ghidorah, who begins its fiery reign of destruction on the earth. While the basic premise of Godzilla 2 is simple, there are so many human characters to deal with that the story ends up feeling convoluted. Director Michael Dougherty takes the audience on a globetrotting adventure trying to deal with the outcomes of the human-based narrative with the looming presence of the deadly Titans in the background. The way the film is edited makes it hard to follow at times and the film’s characters aren’t easy to get invested in. The film takes itself a bit too seriously and when it does try to inject some humour, it just comes off as misplaced and unfunny which is a further detriment to the already thin story. The themes are clichéd and the reasons behind the human villain’s actions are eye-roll-worthy. All of these negative aspects take away from the overall enjoyment of the monster madness that was promised in the film’s trailer.

RELATED:  'Nope' Review - Complex Horror with a Dash of Popcorn

Where the film delivers is in the monster action, however, and it features some jaw-dropping visuals. For the most part, the plethora of monsters including Godzilla, Ghidorah, Rodan and Mothra all look amazing and their heft and scale can truly be appreciated. Ghidorah’s aesthetic, in particular, makes it seem like the monster has risen straight from the depths of hell, and is an amazing addition to the Titan lineup. Once the action kicks in, it’s a destruction extravaganza that matches any world-ending disaster movie that’s come before it, and it’s quite impressive. This is further enhanced by the cinematography from Lawrence Sher, who does an excellent job here.

Godzilla 2: King of the Monsters is an epic-scale blockbuster film that leaves much to be desired in its human story-arc. See it for the stunning imagery and loud noises only, if you must.

This is the third instalment of Warner Bros. Pictures’ media and shared fictional universe, the MonsterVerse, that is centred on a series of monster films featuring Godzilla and King Kong. 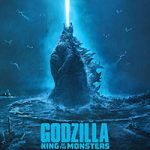