There’s one thing greater than seeing a cinematic masterpiece, and that’s seeing a cinematic trainwreck! No matter how many times we tell ourselves that we, as modern cinema goers, are highbrow folk who prefer films that are tasteful and inspiring, we all LOVE a good Z-grade flick.

We all get a kick out of watching directors and actors try and make the next Citizen Kane (1941) or Ben-Hur (1959), and end up failing miserably… And hilariously. As well as having a favourite masterpiece, we all secretly have a favourite flop that we like to watch over and over again whenever we’re in need of a pick me up, or an ego boost. For some, it may be Ed Wood’s Plan 9 from Outer Space (1959); for others, it may be Tommy Wiseau’s The Room (2003), or Tom Green’s Freddy Got Fingered (2001) – though that last one is assuming a lot. And for me, my personal favourite has definitely got to be Rupert Kathner’s The Glenrowan Affair: A Story of Ned Kelly the Bushranger (1951).

Originally intended to be the heart pumping blockbuster that would unite a dreary post-war era Australia, The Glenrowan Affair (which Kathner wrote, produced, lit and directed himself) ended up becoming a massive stinker at the box office, receiving negative feedback from critics and cinema goers alike. And by today’s standards, it doesn’t fare any better.

Though the film is based on the true story of Ned Kelly and his gang, the screenplay is riddled with numerous inaccuracies, with barely any evidence of research being undertaken at all. The historical events are set in 1887 instead of 1878-1880 (the actual time period that they all took place); a majority of the story takes place at the Glenrowan Inn (a place that the Kelly Gang didn’t actually visit ’til June 1880, where they met their demise); the gang are responsible for more than ten murders during their criminal careers (when in actuality they were responsible for only four murders); and apparently Kelly’s brother Dan (played by an under used Ben Crowe) didn’t die during the Glenrowan siege like the police reports, coroner reports, news reports and history books say; he managed to escape the gun battle and live to share his story with a random landscape artist. That’s just some of the annoying historical errors that fills Kathner’s film! Throughout the entire 70 minutes, the only bit of information that Kathner got right was the names of the characters and locations!

The direction is a horrible mess, with Kathner uncertain of what sort of motion picture he wanted to make, as well as what sort of director he wanted to be. Almost every single frame of The Glenrowan Affair shows a director who was out of his depth when he agreed to helm the production. The film jumps from genre to genre frequently, being a docudrama one minute, a bombastic adventure flick the next, and then a dark comedy that also wants to be a Hitchcockian thriller. One minute, we see scenes that give us the impression that we’re watching something avant-garde and poetic; then the next minute, we see scenes that try too hard to be a standard Hollywood western. And to top it all off, the scenes are plagued with noticeable continuity errors and obvious redubbing, resulting in characters changing physical appearance between shots, and dialogue that rarely syncs up with the actor speaking on screen.

RELATED:  'The Batman' Trailer Features the Most Ruthless Batman to Date

However, there are some scenes that were competently directed. The unique opening prologue that discusses the history of bushranging (and introduces us to the elderly Dan Kelly) is well done and ironically informative — the only time that we see Rupert Kathner (who originally made a name for himself as a documentary maker) in his element during the production; the chase scene involving the Kelly gang and the troopers literally made me sit on the edge of my seat; and the murder of — SPOILER ALERT — backstabbing Kelly sympathiser Aaron Sherritt was suspenseful, subtle and surprisingly clever and imaginative.

The performances in the film are at times bland, lost, and unnatural. Football legend Bob Chitty’s performance as Ned Kelly is good natured and likeable, but stiff and empty. Albie Henderson as Kelly’s right hand man, Joe Byrne, is a dreary performance, coming across as melodramatic and uncomfortable to watch. Charles Tasman, Charles Webb and Edward Smith are cringeworthy yet amusing to watch as Nicholson, Hare and Standish, the buffoonish police superiors hunting the Kelly gang, who literally do nothing in the film but scoff at everything and anything without ever leaving their office. And Kathner himself (under the stage name “Hunt Angels”) appears as Aaron Sherritt, a Kelly sympathiser who later betrays the gang. With a nasally voice as fake as hell, facial expressions as lifeless as a skeleton, and body gestures as awkward as a nervous teenager, Kathner certainly takes the biscuit as the worst performance out of the lot.

And yet, despite its flaws, I still came away from The Glenrowan Affair filled with pleasure and mirth. It didn’t make me feel like I had wasted my time or my money. It actually made me feel glad that I had seen it, and was open minded to watching it again at some point. Much to my surprise, I enjoyed watching Rupert Kathner trying to make a masterpiece, and failing miserably; I laughed at the ridiculous acting; I giggled at scenes that were meant to be sincere; and I even shivered with anticipation whenever I saw a familiar character enter the scene, for I knew that what they were about to say was going to be accidental comedy gold. Like with Plan 9 from Outer Space and The Room, there is something about watching a failed, but more or less well meaning attempt at a great motion picture that makes you feel warm and satisfied inside.

If you’re a fan of films that are so bad that they’re good, then I highly recommend this film. I guarantee that by the film’s end, you’ll be rolling on the floor in laughter like me.

The Glenrowan Affair was known as one of the worst films ever made in Australia. 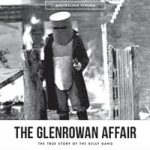