M. Night Shyamalan, a man whose manipulation of the ‘twist’ plot trope has polarised audiences for over two decades provided the biggest twist of them all with 2016’s Split: His career.

Oh, and Shyamalan’s fan-favourite Unbreakable shared the same universe as Split with an uncredited appearance of Bruce Willis as David Dunn.

But mostly, Shyamalan still had the ability to make good movies, yay!

The incorporation of Dunn was an amazing revelation for any fans of Unbreakable, with no indication whatsoever that the films were tied together until Split’s final scene.

Even Samuel L. Jackson, the fragile antagonist Elijah in 2000’s Unbreakable was unaware of the connection when seeing Split for the first time.

Nevertheless, Jackson’s hopes for a sequel were reliant upon the financial success of Split.

After grossing $US278.4 million off an incredibly modest $US9 million budget, Jackson’s wish to star in yet another superhero film finally became reality.

And now, Entertainment Weekly has obtained the first images of 2019’s Glass, the third and final movie in the Unbreakable trilogy.

At first glance, we are smacked with a conglomerate of vibrant colours, contrasting the natural feel of Unbreakable and the grim palette in Split, which hopefully indicates a surreal, menacing approach to the final film.

As Disney will be co-producing the film along with Universal, my ultimate wish is that Jackson’s whole outfit becomes mass produced, as this is already the greatest superhero villain uniform in existence.

Check out the images below, courtesy of EW. 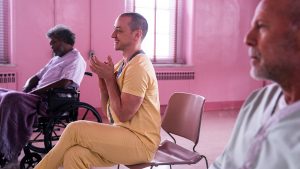 Gallery image with caption: ‘Glass’ Review – These Titular Puns are Getting Fragile in Their Appeal! 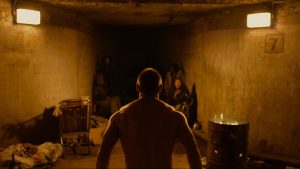 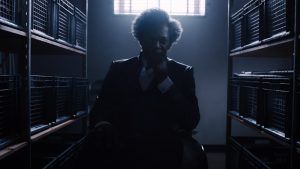 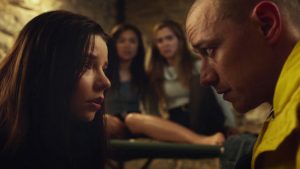