Nobody can explore the cosmos and film Rooney Mara eating pie quite like David Lowery can in A Ghost Story, this year’s transcendent feature film.

“Life is suffering.” — The Buddha.

Imagine you’re nameless. Your eyes miserable and small. Your skin coated in some decaying white bed sheet. The look no different from a cynical Charlie Brown Halloween cartoon. Confined to this existence as loved ones grieve for you… Briefly… Before they die themselves. And you wonder and watch life pass on easily without so much as a memory of you.

This, dear readers, is the David Lowery interpretation of horror. There’s no gross-out jump scares, no invasive monsters or the undead ready to convert you via toxic bite. No, horror’s bite is much more sweet and predatory, taking shape in our greatest fear — death, where there’s nothing more than constant mundane suffering.

This particular ghost story is centered on ‘C’ and ‘M’ (Casey Affleck and Rooney Mara), two struggling artists in the heart of Texas, building a humble legacy together before, early on in the film, the man faces an uneventful death. His passing, for a brief time, grieved by those around him as the world crumbles before his very restricted eyes. Unseen as he haunts and wonders through the cruel density of time and space. As a concept itself, Lowery can deliver those goosepimples up your arm and force your attention on the big and scary questions, but it’s his filmmaking alone that cements this as a worthwhile picture. Less of a narrative piece and more of a cosmic plunge through the uncomfortable, using a confined storybook aesthetic to lure you into the mystery as it unfolds beautifully before your eyes. The landscapes spacious and wide, the cosmos balancing the surreal absurdity of space and all its beauty with the emptiness before our very eyes. And the music that sticks in your head with complete intent to do so. C’s song we hear through the film in multiple ways, while so simplistic in tune, an example of what survives when legacy is facing against the beast known as time.

It was The Guardian’s Mark Kermode who highlighted the importance of timing in cinema. Elaborating that, after the two-and-a-half-hour slog known as Sex and The City 2 (2010), Stanley Kubrick could show the dawn of man to the dawn of a new species in the same amount of time it takes to show Arab men swooning at Sarah Jessica Parker’s feet. It’s rare to see a new film ready to tackle the big questions and themes with such a wide net, particularly one with a soaring 80-so minute run-time, but then again, can we expect anything less than quality from the likes of A24?

I think not, darlings! To put it mildly, A Ghost Story is a gorgeously personal and yet universal film that won’t escape the mind easily, and can only age well against the test of time.

The writer and director of A Ghost Story David Lowery had been trying to enter Sundance Film Festival with one of his films for 15 years, but he didn’t let the rejections bring him down, so he kept on progressing and he finally made it. 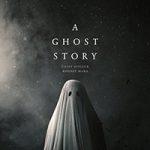