The award winning indie documentary The Gateway Bug reveals the ever growing industry of producing insects, such as crickets, for human consumption. Directed by Johanna B. Kelly and Cameron Marshad, this documentary focuses on the environmental benefits of eating insects, the issue of world hunger and the fact that in the not-so-distant future, we will start to run out of food.

I will admit as a vegan, I found the content of this film had a few issues in it and I certainly didn’t finish the film with the intent of going to my local park to find my next dinner, but it does offer a valid and much more economical and environmentally friendly way of feeding the masses, who have no worries with eating other livestock.

The film starts out with facts about the livestock industry and how it is not only bad for the environment, and unsustainable, but also how it’s not producing enough food to sustain the world’s growing population, which is thought to reach 10 billion people by 2050.

The Gateway Bug is called so because those in the insect raising, cooking, and eating community believe that crickets are the ‘gateway drug’ of eating insects, as they cook easily and have little distinctive taste. The film also shows the use of cricket flour in protein bars, which are easier to sell because funnily enough, not many westerners want to put a bug, antennas and all, in their mouth.

The film does start off with some good points about the livestock industry being our biggest polluter (those of us who have indulged in the documentaries Cowspiracy (2014), or its sister documentary What the Health (2017) already know this of course) and how insects, especially crickets, use less space, water and resources. The format of this film reminded me a lot of Kip Anderson’s Cowspiracy (which I adored), showing that the filmmakers had developed a relationship with their interviewees. The Gateway Bug has this feel to it, as if by watching it you’re being let in on a very big secret, and by having seen it you will be able to laugh in everyone’s faces when we are all forced to start eating grubs for breakfast in the near future.

It is unfortunate that throughout the film, two of the companies that are focused on, close down; one due to an illness contracted by the crickets, the other to a lack of business and personal motivation. Some of the best ideas presented in the film were that of the now dissolved company Slightly Nutty, whose founder Tyler Isaac came up with a revolutionary way of feeding farmed fish; feed them crickets instead of fish and other livestock by-products. Isaac also presents the idea that crickets can not only feed us, but get rid of our organic waste, which in cities especially, is a huge contributor to landfill. It is sad to watch Isaac and his workmates closing their doors. Their dream was to create an alternative food source as a solution for world hunger, but instead what they had found themselves with was a line of products that were for an upper-class niche market.

Insect expert and writer David Gracer is featured throughout the film and provides insight as to why the western world should adopt the custom of eating insects. He is also filmed roaming through fields trying to catch insects for his dinner, which shows how long it takes to catch two crickets (about a day). He also states, before eating an insect alive, that his practises may seem cruel, but it is nothing worse than what happens in slaughter houses everyday, which would be convincing to someone that ate a lot of beef, chicken, pork and lamb, and is a harsh but true reality.

The film was quiet and understated at times, showing these people who are passionate about their businesses and ideas, presenting a personal film that shows new ideas being born and the bumps along the way.

I can see and appreciate what this documentary is trying to do and I applaud these small startup companies that are featured, especially those who are genuinely trying to help world hunger and the environment. However the film focused so much on the new wave of insect raising companies, it failed to include enough history, showing how other cultures have been eating insects for generations, instead featuring way too much information about livestock practises, and focusing on startup companies that weren’t that successful. This led to an anticlimax of huge proportions at the end of the film.

I was under the impression that there would be a breakthrough at the end, but as is the case in life more often that not, there was not a happy ending, just a group of like minded people trying to make their vision come true.

Over 2 billion people on earth eat insects for protein.

The Gateway Bug is screening as part of the 2017 Melbourne Documentary Film Festival, for tickets please visit the MDFF official website. 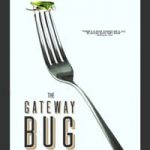