Though I have enjoyed Lady Gaga’s music over the years, I never quite reached that ‘fan girl’ status. Her whole schtick has always been a little too eccentric for my plain, perfectly poised liking.

I did listen to her first album somewhat religiously, however, which made for a very awkward car ride with my parents back when I was 14 and singing the lyrics “let’s have some fun, this beat is sick. I wanna take a ride on your disco stick.”

Gaga’s new documentary, Gaga: Five Foot Two, takes us behind the scenes and into the reality of her life, which is not, as it turns out, all unicorns and rainbows. Over the course of a year, she exposes her innermost struggles, her heartbreak, her loss, anxiety and physical suffering.

The cameras follow Gaga as she collaborates with Mark Ronson to produce her fifth studio album, Joanne. She shares with us the story behind the album and the song that it is named for – Joanne, an aunt she never had the pleasure of meeting but one that she loved nonetheless. Though she doesn’t go into much detail, Gaga discusses her feud with Madonna and makes clear her respect for the other performer despite the animosity that exists between them. She allows us a glimpse into her breakup with former fiancé Taylor Kinney, and the heartbreak that separating from him has since caused her.

We all know Lady Gaga to be an incredible performer but what many do not know is that she suffers daily from full-body spasms and inflammation. In Gaga: Five Foot Two, we see the performer in the throes of her illness and the ways in which she deals with the pain. The documentary also provides viewers with an extensive look into Gaga’s Super Bowl halftime show, from its very creation to its awe-inspiring execution.

The transitions between scenes are not terribly smooth nor were they clearly introduced, but I imagine that being the point. Lady Gaga made the documentary not to project a fantasy but to share with her fans the reality of her own life, the fragility of it, the imperfection.

The documentary reveals to us the real Gaga; the person who remains once all of the glitter and the glamour has been wiped from her skin. She is an intelligent, funny, strong woman, who pours her soul into her music and cares deeply for her fans. The documentary allows Lady Gaga to explain her new album and her new look, and remind us that she is human, too.

Lady Gaga hadn’t seen the documentary in full until its world premiere at the 42nd Toronto Film Festival. 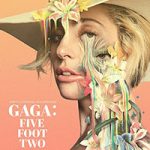