‘Frozen’ Fairytale Finds its Feet Once Again with ‘Frozen 2’ – Review

Here to entertain the little ones and eventually drive the older ones a tad bonkers, Anna (Kristen Bell), Elsa (Idina Menzel) and their motley crew have returned in style in Frozen 2, Disney’s follow-up to the 2013 smash hit. Is the world ready for another round of soaring songs and the talking, walking, snowman? Probably not, but Disney has delivered nonetheless.

All is well in Arendelle, with the sisters enjoying their royal roles and evenings of charades with Kristoff (Jonathan Groff), Olaf (Josh Gad) and Sven. There seems to be no trace of the drama and adventure that plagued the first instalment until a mysterious voice starts calling to Elsa.

With the awakening of ancient spirits, a forest shrouded in impenetrable fog, trapped people and the consequences of history weighing heavily on the present, Frozen 2 boasts an intricate plot designed to keep all eyes on the screen with stunning visuals to match.

While the film is still Elsa’s kingdom, Anna definitely begins to overshadow her older sister in this sequel. She is a powerhouse, protecting Elsa from herself, navigating her romance with Kristoff and being an all-round good person – all while wearing pants.

Disney’s moves to diversify after coming under scrutiny for their homogeneous casting of the first film are undeniable. There is still obviously room to improve, but seeing people-of-colour townspeople, casting a black man (Sterling K. Brown) as the head of the royal guard and focusing the crux of the film on the plight of subjugated indigenous people are massive steps in the right direction.

With ‘Let It Go’ still blasting at kids parties and in shopping centres, Disney had a massive challenge to create another iconic song that would cement itself into global vernacular. With a soundtrack of new songs, we’re sure to hear Menzel belting out ‘Into the Unknown’ and ‘Show Yourself’ on our radio waves very soon.

Anna and Elsa aren’t the only ones putting their smooth voices to the test, however. Kristoff’s power ballad ‘Lost in the Woods’ is eighties-inspired cinematic genius. No one can say that Disney hasn’t thrown in enough adult-only tidbits to keep the big kids entertained.

And, once again, Olaf steals the show with his existential worrying, his one-liners and his slapstick humour. He performs an incredible recap of the first Frozen film for anybody who has managed to avoid seeing it during the past five years. Despite bordering on the brink of annoying, Frozen 2 would be half the movie without him.

Frozen 2 feels like one big therapy session, with the characters setting clear boundaries, working on their communication and discussing their feelings with respect and consideration for each other’s emotional capacity. Normalising this kind of talk and behaviour for young children is incredibly important, and Disney has managed to pull off the near-impossible – a sequel that rivals the quality of the first film.

Now the only question is, when is Olaf getting his own spin-off?

The official teaser trailer was released on February 13, 2019. It proceeded to become the most-viewed animated movie trailer of all time, with 116,400,000 views in the first 24 hours. 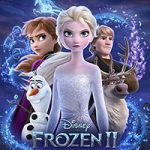 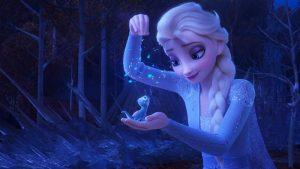 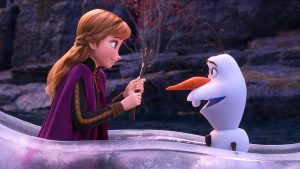 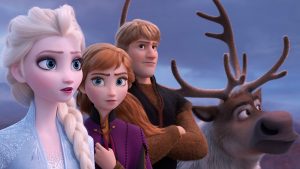 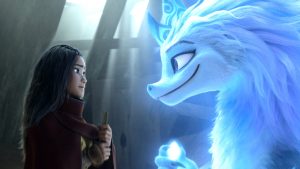