It’s been 27 years since Flatliners (1990) hit our screens, and now we are welcoming the sequel/remake of sorts to the not-so-well received original film, that had a mixed reception upon its initial release.

Who’s to say the idea can’t work in 2017 right? Wrong. The now flooded market of remakes, reboots and scattered sequels has us questioning the ability, and creative integrity of modern-day screenwriters and their ability to create new ideas. The revived sequel unfortunately makes a mess of the original narrative, brooding Hollywood charm but lacking any real depth in story, allowing only a shallow and misdiagnosed sense of intrigue for what is an immensely immature, cold and tedious display of a drama/science-fiction film.

From the outset Flatliners doesn’t wait around when it comes to its core concept, and within 30 minutes the central idea of the film has been explored and exhausted. The potential of understanding the afterlife is explained by Courtney, a student doctor played by Ellen Page and her friends, who are also student doctors. Marlo (Nina Dobrev), Ray (Diego Luna), Jamie (James Norton) and Sophia (Kiersey Clemons) are initially captivated by her work and proceed in helping her by becoming further involved in her study, as well as for personal gain. The concept lacks bite – there is no real attraction to the plot after the first act as most of the film is spent back in the real world, dealing with the after-effects of temporarily entering the afterlife, and finding the rhyme or reason as to why each participant is experiencing strange visions and hallucinations, which are somehow connected to their experiences from the past, taunting each member of the group and proving dangerous to their life in reality. Entering the afterlife has somehow opened a door which they can’t shut and now it’s proving deadly.

It ends up being more soapy than science-fiction, which makes for a teen-drama experience similar to that of Twilight (2008) after the first 30 minutes. The film is unimaginably lacklustre and prosaic when what is supposed to be an exploration of dark elements tied to the afterlife, turns out to be more Final Destination (2000) than anything, with a pick-off system approaching each character – will each one of them survive? It falls short when the central themes and ideas of the film are stronger than that of the actual narrative. The cast consisting of really only one big name struggles to ground or give any reality to the situation or events transpiring throughout the film. Ellen Page gives a moderate performance, one of her weakest to date, with the rest of the cast fumbling and giving what is an almost comic display of doctoral and science-fiction integrity. The script provides no punch, or educated humour, with many unnecessary scenes almost making fun of the screenplay – and poking fun at the actors whilst doing so!

The directing done by Niels Arden Oplev (best known for his original Swedish-language Girl with the Dragon Tattoo film) provides a clean and well cut remake (or rehash) of the original, paying homage to it in some very similar scenes. There is a strong millennial vibe for a younger and youthful cast – more hip you could say – then that of its predecessor, which played more at an adult-thriller tone than that of a teen-drama. The dive from serious medical diagnosis and respect for science leads to predictability in the plot and a nosedive from anything interesting, leading to cliche’s of all modern horror tropes and ploys.

It seems as if Flatliners is a modern take on the original – a not so needed take – and maybe unwanted after its opening weekend numbers. But what the modern Flatliners seems to forget, and so does Hollywood, is that a compelling story is needed for a great premise to blossom. The film falls flat, pulseless, with no heart or thematic structure and denies the audience any attractive story to latch onto.

Don’t expect anything special from this one ladies and gentleman, move on. May it rest in peace.

This movie is not a sequel to the 1990 movie. It is a remake, a re-imagining, or a version of the previous movie and has no other connection to it at all. Although Kiefer Sutherland appears in both versions, he plays two different characters. 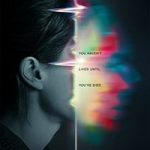