Fantastic Beasts and Where to Find Them brought in $9.756 million AUD on its opening weekend at the Australian box office, earning the #1 spot.

The film based in J.K. Rowling’s Harry Potter wizarding world has received a positive reception from fans and critics alike around the globe, currently holding a 76% fresh rating on Rotten Tomatoes.

I enjoyed the film, though it wasn’t without it’s faults (see my review here).

The film was always bound to get the number 1 spot, especially when you consider the history behind the franchise and the countless number of Potter fans around the world.

After only 5 days of release, the film is currently sitting on just under $300 million AUD at the global box office, and we can only expect that figure to rise significantly by the end of its run.

Box Office Mojo suggests that the film had a production budget of $180 million USD ($243 mil AUD), so while it appears to have passed that amount, the film would still need to earn a lot more to make it profitable.

These days it seems that any blockbuster film with a production budget of $200 million or more needs to earn around $1 billion dollars or more at the global box office to turn in a profit.

Take for example Zack Snyder’s Batman v Superman, which had a production budget of $250 million USD, and returned $837 million USD after it’s run, and was essentially considered a failure based on its profitability.

I thought that film was great, but it just goes to show that if a big blockbuster doesn’t cater to all tastes, then it will likely fail at the box office.

It’s the reason why Marvel movies have dominated the box office (in comparison to DC, but in general too).

Those films are as user-friendly as can possibly be and cast an extremely wide demographic appeal – ie. they’re safe movies.

This year’s Finding Dory is currently leading the overall Australian box office takings, so it will be interesting to see if Fantastic Beasts can beat it.

Gallery image with caption: ‘Fantastic Beasts and Where to Find Them’ – New Character Posters 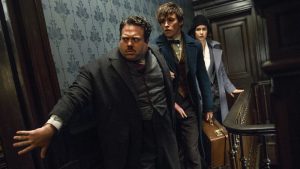 Gallery image with caption: ‘Fantastic Beasts and Where to Find Them’ – Review 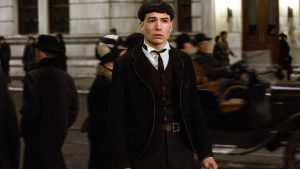