The Family recounts the shocking true story of a Victorian-based cult led by the alluring Anne Hamilton-Byrne, as told by former cult members and former lead detective Lex De Man.

The Family was founded by Anne Hamilton-Byrne in 1963, along with the respected English physicist Dr Raynor Johnson. The cult consisted of a large group of Melbourne’s elite, whose influence spread across the highest levels of professional establishments in the state of Victoria. With the aid of these influential people, Hamilton-Byrne would recruit young orphan children and raise them as her own, teaching them to believe that she was Jesus Christ incarnate, there to prepare the children in re-educating the world after the impending apocalypse. If that’s not crazy enough, the children were often brutally disciplined, subjected to mind-altering drugs like LSD, starved, and forced into marriage with suitors of Hamilton-Byrne’s choosing.

It’s shocking to realise that this cult saga went on for around 30 years under our noses here in the state of Victoria. The documentary features interviews with many of the former cult members, all who at some point managed to escape or were saved by police during a raid and rescue operation at The Family’s property in Lake Eildon, Victoria in 1987. Alongside them, the documentary features a true account of events by the lead police detective on the case against the cult, Lex De Man. De Man spent years on the case trying to find hard evidence against child abuse and the administering of elicit drugs to underage children in order to gain a criminal conviction against Hamilton-Byrne – without much luck. Only later would he get some semblance of justice, but none that was worthy of the crimes committed by the cult and its members. The film covers all aspects of the story in thorough detail, which includes original police interviews with former cult members, as well as interviews with them today. Each person involved with The Family that has come out appeared extremely brave in telling their accounts of events – events that would have certainly had a traumatic affect on their lives. The audience are often left in shock as the story unfolds, as we hear how these children were treated. What’s more shocking is just how protected The Family were, with their members belonging to highly influential Melbourne elitists. It’s hard to imagine anyone getting away with something like this today, but makes more sense when you consider the decades the events took place in – a time when horrific cult leaders like Charles Manson and Jim Jones were making headlines across the globe.

The Family is a harrowing look into the life and crimes of Anne Hamilton-Byrne told through the people that lived and experienced it first-hand. As far as documentaries go, you can’t ask for a more genuine retelling of actual events. The film may shock and anger you, but it’s a story that needs to be heard.

This bizarre, compelling story has its roots deep in Melbourne’s medical, psychiatric, political, legal and academic circles, and a ready supply of LSD. It raises timeless questions around morality and family. 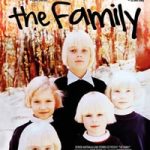