Russell Crowe won an Academy Award for his role in Gladiator (2000); a spectacle film containing chariot races, battles to the death, and scenes involving Crowe stroking wheat in a field. In a film that promises all the joy of caressing plants without any of the Gladiator action, At Eternity’s Gate enters this year’s award season as a little-known film that could potentially garner Willem Dafoe his first (overdue) Oscar.

Illuminated by a production design that carries Vincent van Gogh’s signature daffodil yellow throughout, At Eternity’s Gate paints a picture of van Gogh’s life as both an exploration of the work of an underappreciated artist in the final years of his life as well as being an allegorical account of his struggle with a debilitating illness.

At Eternity’s Gate is told with ethereal sensibilities with the decision to focus on extended takes of painting (if you thought Marie Kondo cleaning was comforting you have another thing coming) and van Gogh’s creative process involving surrendering to the forces of nature coming across as self-indulgent, particularly for cinema goers looking for a linear take on the controversial artist’s career.

Willem Dafoe, who proves that he has the saddest eyes of any leading man in Hollywood, delivers a career highlight of a performance that is able to make the torment experienced by van Gogh be felt by the viewer. Dafoe goes to extremes to deliver the warmth and darkness of van Gogh’s psyche, with the ability to calmingly inhabit the character in scenes which follow psychotic episodes that shake van Gogh to his core (no 127 Hours (2010) body amputation in this film), masterfully done, however, questionable on the filmmakers behalf to show the rubble of van Gogh’s actions instead of the actual earthquake.

Supporting roles are filled by Mads Mikkelsen, who features briefly as a priest that is worthy of awards attention, and Oscar Isaac comes and goes from the film as a colleague of van Gogh’s that is hateful of the current art scene and determined to create his own art movement.

At Eternity’s Gate is a movie to be felt, with the use of dialogue repetition, shaky camera work, and revisited scenes that contradict the previous recollection giving weight to van Gogh’s anguish whilst also working to show the world as a moving energy that clearly inspired his work. A sense of quaintness carries throughout the film in both scenic and costume design with a gentle piano score personifying the complexity of van Gogh’s mental wellbeing.

Beautifully written dialogue precedes a film about beautiful artwork, challenging notions of suffering as a precursor of greatness (van Gogh almost thankful of his torment and responds to questions on whether all painters are crazy by saying “maybe only the good ones”) and the negative implications of a society hell-bent on reducing individual’s work and the effect that this has on their mindset. 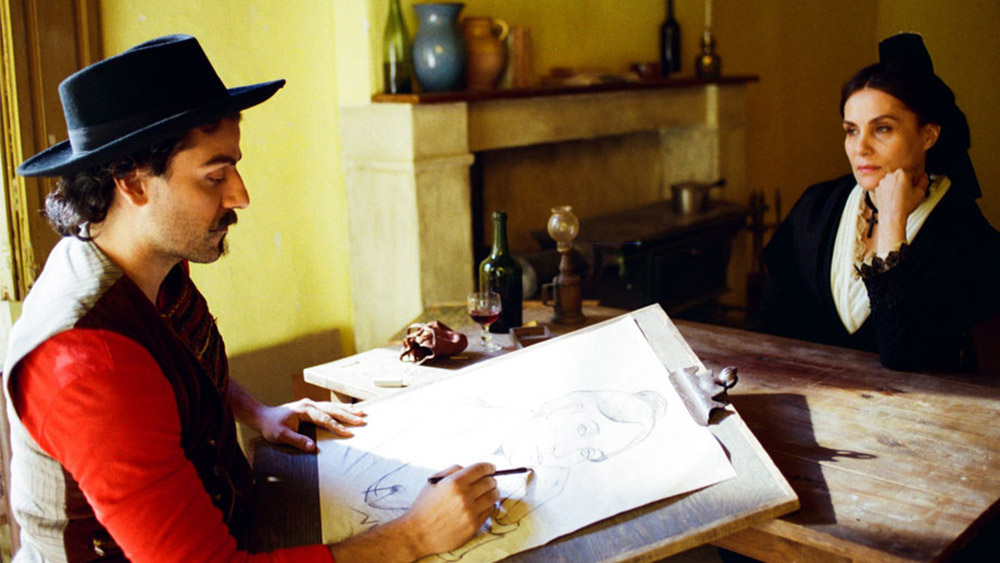 Religious undertones are present throughout the dialogue and speak to van Gogh’s frustrations as a struggling artist – dependent on receiving income from his brother to survive – claiming his work as being for ‘future people’ and foreboding his underappreciation in the same vein as Jesus.

Though highly stylized, Justin Schnabel’s direction of the material prevents audiences from disliking van Gogh for more than a second which refrains the narrative, particularly when heinous allegations made by the community against van Gogh are introduced, but not addressed, and instead the focus being placed on romanticising the aftermath of mental crisis as if it were to justify genius.

Though never fully pressing down on the pulse that was the troubled painter’s life, At Eternity’s Gate is a sobering look at the work of van Gogh anchored by a great performance from Dafoe.

Willem Dafoe is the second actor to be nominated for Best Actor at the Academy Awards for playing Vincent Van Gogh, after Kirk Douglas in Lust for Life (1956).