Animal carcasses, purple nail polish, harsh, remote mountains, and a giggly 13-year-old girl. To view these facets of the 2016 documentary The Eagle Huntress in isolation, is to assume that they wouldn’t mesh ‘properly’ together. After all, what would the bleak Altai mountains have to do with a female living through her first year of teenagerdom? Plenty, as you soon will learn.

Narrated by Daisy Ridley (otherwise known as the kickass Rey in Star Wars: The Force Awakens), The Eagle Huntress tells the story of Aisholpan, a girl who shares a close bond with her nomadic father, as well as his inclination for the outdoors. While many of the (male) elders of Central and East Asia claim that the role of a woman is to make tea and stay inside, lest their fragile bodies freeze, Aisholpan wants to take after her father and grandfather. Despite what the other old men say, Aisholpan dreams of becoming an eagle hunter. That dream is quite close to being a reality, when Aisholpan quite swiftly dangles over a precarious cliff, evading the claws of a grown mother eagle in order to snatch her own baby eagle, a female eagle, who will soon become her hunting partner. As we are welcomed into Aisholpan’s life, we are simultaneously treated to snippets of the huntress developing a rapport with her eagle, and going to school and chatting to her friends like a ‘regular’ teenager. The stark contrast between Aisholpan’s less solitary life at school, and her time training within the dizzying and often ice-cold heights of the Altai mountains is wonderful to witness, and provides a depth to Aishoplan that may not have been present otherwise. Aisholpan’s proficiency in hunting food with her father (and eagle) doesn’t ever appear unrealistic – her intelligence and sense of calm under pressure is evident even when she’s throttling her male classmates at chess.

Aisholpan’s journey is predictable, for the most part, but this does not discount the watchability of The Eagle Huntress. Audiences are treated to breathtaking cinematography, a gorgeously uplifting musical score, and a relatively simple story of a likeable young girl soaring to heights that individuals in the past, and unfortunately even in the present, deemed impossible for females to reach.

Daisy Ridley saw an early cut of this film, and loved it so much that she wanted to be a part of it. She is now credited as an executive producer. 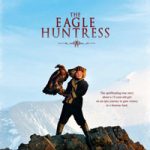