With the vaguest of childhood memories, I walked into the live-action remake of Dumbo prepared for a tale about an odd little elephant in a sad situation. I had forgotten just how sad the story of Dumbo the flying elephant really is and Tim Burton’s CGI baby elephant pulls hard on the heartstrings.

With Disney’s original 1941 film running for a brief 64 minutes, Burton’s remake stretches the story every which-way to flesh out an almost two-hour feature. A whole host of new characters take centre stage alongside the giant-eared infant elephant.

Holt (Colin Farrell) returns from war without an arm to find his wife dead, his children (Finley Hobbins and Nico Parker) bereft, and his famous circus horses sold. The Medici Bros Circus is on its last legs, and owner Max Medici (Danny DeVito) has made one last investment to stave off complete financial collapse – a pregnant elephant. When Mrs. Jumbo gives birth to a baby with ridiculous ears, all hope is lost for the circus, until Holt’s children discover that Dumbo can fly. The film sticks close to the original in the early scenes – Dumbo’s mother is deemed dangerous and the mother and child are separated in a traumatic scene, and Dumbo faces danger at every turn inside the circus tent. If you found watching the cartoon Dumbo stuck atop a pole surrounded by flames hard to watch, you’re going to find the live-action version unbearable.

As the film progresses, we move into new territory – and things take a turn for the worst for sweet Dumbo. Michael Keaton swoops in as the enigmatic V. A. Vandevere, owner of a sprawling amusement park called Dreamland, with “Queen of the Heavens” Colette Marchant (Eva Green) on his arm. Dumbo becomes an attraction in Vandevere’s Dreamland and the true nature of capitalistic gain rears its nasty head.

Any fans of the original film will sorely miss the cheerful character of Timothy the mouse, Dumbo’s best friend. In fact, it must be noted that none of the animals speak in this remake – much of the story falls to the human cast, with Dumbo communicating solely through his tearful blue eyes. Dumbo joins a growing group of remakes spearheaded by Burton – Alice in Wonderland (2010), Charlie and the Chocolate Factory (2005) and Sweeney Todd: Demon Barber of Fleet Street (2007) are among Burton’s portfolio of remakes. Dumbo fairs far better under Burton’s hand than many of its predecessors – as a piece of entertainment it is hard to fault. The sets and costumes are absolutely stunning and it is easy to get lost in the true spectacle of it all.

However, the film falls short as it tries to alleviate current cultural anxieties about animals in captivity. The Medici Bros Circus lacks big animal acts – no bears, tigers or lions – in an obvious attempt to modernise the story. Children will most likely be too distracted by the bright lights and soaring special effects to truly comprehend the animal cruelty shadowing the film, but at times the depiction of the animals can be hard to stomach.

Get ready to delight in the spectacular cinematography of Burton’s Dumbo, but make sure to pack some jumbo-sized tissues for your Dumbo-sized tears.

Will Smith and Tom Hanks were approached for roles. Smith was interested but backed out to do Bad Boys for Life (2020) and would later sign on for Aladdin (2019). Hanks was courted for a villain role but turned it down to film Greyhound (2019). 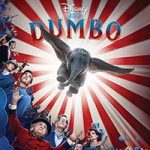 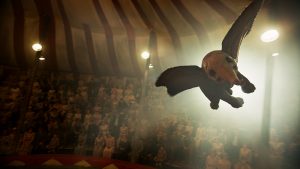 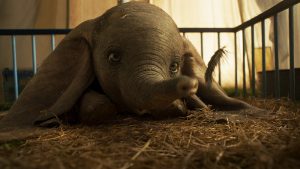 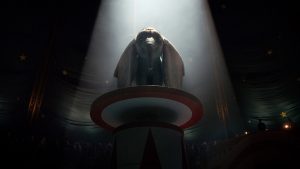 Disney-Pixar Stick to the Script with ‘Toy Story 4’ – Review