Dr. Knock tells the story of an opportunistic hustler and how his relationships with the people of a sleepy town ultimately result in him finding acceptance, and his place within the community.

Set in the 1950’s, we meet Knock (Omar Sy), a thug barely making ends meet and rubbing criminals up the wrong way in Marseilles. Unable to pay a debt, he spies an opportunity to make a fast getaway aboard a long-haul ship as a fake medical officer. Experiencing some truly lucky medical situations onboard and his already established talent for bending the truth, Knock realises his potential and decides to study medicine after his trip.

Fast forward five years as Dr. Knock arrives in his new post in the rural town of Saint-Maurice, set in the French Alps. Noting the people are healthy and business is slow, Dr. Knock again sees a chance to capitalise on his authority as a doctor and his conman talent. In cahoots with the local pharmacist, Dr. Knock assists the townspeople in realising a healthy person is a sick person who doesn’t know it yet.

The talk of the town, Dr. Knock not only bumps up his pay-packet but is celebrated as a Godsend by the people. The local priest, jealous of the lack of adoration he feels the doctor has taken from him, isn’t convinced and is hellbent on finding any dirt he can on the new addition to the town. This comes in the form of Lansky (Pascal Elbé), an acquaintance of Knock’s who has past dealings with him and is owed money by him. Hiding out in the church of the priest, Lansky makes life difficult for the Doctor and provides the priest with the truth about Knock’s past.

This film is loosely based on the comedic and dark Jules Romain’s play about how certain techniques can cause a town to frenzy into a state of hypochondria while elevating a man’s position who holds a place of respect and power.

The film, however, is slightly unrealistic in how it chooses to not address some very real facets of 1950’s life in rural France. Being a period film, the fact that Knock’s complexion is only once vaguely hinted at by one character is a bit of a stretch. Additionally, on numerous occasions, several characters can’t quite figure out what makes him different to everyone else. While it is encouraging to want to ignore the barriers of racism, the issues of Knock being the only character of colour in the entire film and also the only opportunistic criminal should be addressed.

It’s a shame this was not explored more, as it would have added some much needed realism and complexity. Similarly, Sy is quite the opposite of what you would expect a conman to be. He is friendly and sincere, almost transparent with no hint of an ulterior motive. An enjoyable portrayal of a character but ultimately unconvincing for the arc of the story.

The film is shot beautifully and the location really provides that quaint, fresh croissant French-town feel. Disappointingly, that feeling permeates into the twee, implausible ending.

Dr. Knock is a ‘bad person come good’ tale, with predictable characters and a far-fetched story but nevertheless, was enjoyable to watch. If you are looking for a harmless, pretty adaptation, Dr. Knock may have the cure for you. 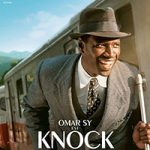 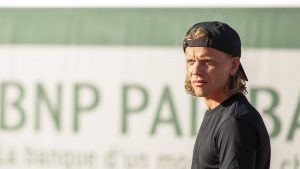 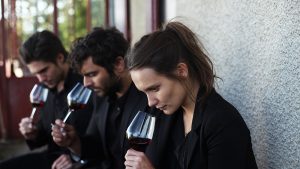 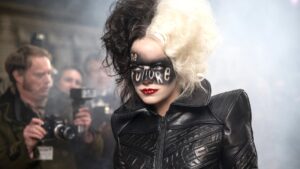 ‘Cruella’ Review – Disney Villainess is Worthy of Her Own Origin Film 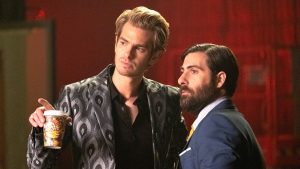