Princess Tiana, who originally appeared in the 2009 movie The Princess and the Frog is to be reanimated in the upcoming movie Ralph Breaks The Internet, due to a social-media-driven backlash over her appearance.

The updated version of Princess Tiana can be seen in the current trailer for Ralph breaks the Internet.

In the sequel to 2012’s Wreck-it-Ralph, we see characters from the original; Ralph (John C. Reilly) and Vanellope (Sarah Silverman) leaving the safety of their arcade home and venturing into the scary world wide web.

In this wide world, they meet a host of new characters, including a formidable racer voiced by Gal Gadot, an algorithm called Yesss voiced by Taraji P. Henson, and a group of Disney princesses.

A scene from the movie was released earlier this year showing the Disney princesses hanging out at a pyjama party.

Fans were quick to point out with the way Princess Tiana was animated, focusing on how her skin appeared lighter, her nose narrower and her hair texture different.

It was obvious she looked different to her original likeness in her own movie, and was considered to be “racially ambiguous”.

The fan’s protests were heard by Disney, who have chosen to reanimate all scenes featuring the character, according to the Wall Street Journal.

Actress Anika Noni Rose, who voiced Princess Tiana in the original film and in this next project, worked with racial justice organisation Colour Of Change to adjust the character to look more like the original movie version.

Colour of Change has supported Disney’s move to “restore Princess Tiana’s image to that of an unapologetically black princess with full lips, dark skin and dark hair”.

Racial representation has long been an issue in the film world and Disney’s willingness to listen to the concerns of fans is a step forward.

While the change to Tiana’s image should have never taken place, the willingness of animators to correct mistakes makes people of all ages and skin colour a step closer to seeing them represented properly in entertainment media.

You can view the Ralph Breaks the Internet trailer below! 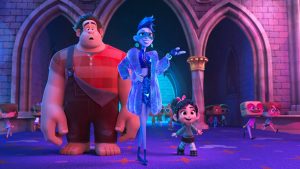 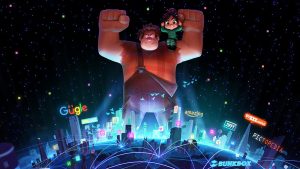 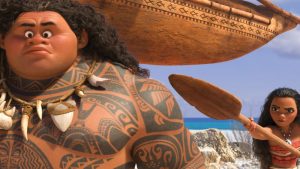