The Disaster Artist tells the story of the making-of Tommy Wiseau’s 2003 film The Room. For those of you who aren’t familiar with The Room or Tommy Wiseau, let me enlighten you.

The Room was written, directed, produced, headlined and funded by Tommy Wiseau; a man who desperately wanted to be a star in Hollywood. Unfortunately his talent was nowhere near as big as his heart. The Room is widely regarded as one of the worst movies of all time. It has little to no structure, makes no sense and it is truly terrible. However, it’s so terrible that it’s enjoyable, making for a truly unique cinematic experience. Since its release the movie has gathered a large cult following, which I’m sure is about to grow even larger.

The Disaster Artist did a great job of not only being funny, but giving an objective view of the entire filmmaking process. Given Tommy’s eccentric nature, it would have been easy for the film to generate a lot of the comedy at his expense, but The Disaster Artist doesn’t do that. It takes a far more human approach that respects his determination and passion to follow his dreams to be a movie star. Yes, he is still outlandish, but they portray Tommy (played by James Franco) in a very honest way that isn’t intentionally disrespectful.

The movie plays smoothly and every moment bleeds into the next which keeps the pace consistent throughout. This is credited to the excellent screenplay which basically wrote itself almost two decades ago when The Room was being filmed. The humour throughout the film is well executed and it all happens so naturally, really enhancing the laughs. Tommy’s behaviour and idiosyncratic mannerisms are so ridiculous that you never know what to expect. Despite who he is, the comedy never feels forced and the laughs just keep coming from start to finish. This film can resonate with anyone; fans of The Room, fans of the Franco brothers, fans of comedy and fans of quality cinema. James Franco really proves himself again as an excellent creator, taking the helm both behind the camera and as the film’s leading man. In this film, James Franco directs a film that he stars in and the film is about his character (Tommy) directing a film that he also stars in – which I’m sure has to be a first. Franco is consistently funny and directs the film very well. Recreating some of The Room shot-for-shot, he marvellously gives audiences what they want – your favourite moments from The Room sprinkled with some Franco magic. He also gives a performance that makes the audience sympathise with Tommy, which is something I did not expect going in. Don’t be surprised if you see Franco’s name being brought up around award season, because this is a terrific portrayal of Tommy Wiseau and he is a very interesting character.

RELATED:  '1st Year Checking' is an Eye Opening Look at the Dangers of Kids' Hockey

James isn’t the only Franco delivering an A-plus performance, as Dave Franco delivers possibly his best performance to date. Dave plays Greg Sestero, who co-starred in The Room and was the author of The Disaster Artist: My Life Inside The Room, the Greatest Bad Movie Ever Made, which is the book the film is based on. Dave Franco really seems to be coming into his own and I can’t wait to see him in more serious roles as he continues to prove that the Franco tree is very strong.

The behind the scenes look at The Room is incredibly interesting as well; if you’ve seen the movie you can’t help but wonder what was happening on the set. Why did no one say anything? How did this movie even get made? Not only does this movie answer those questions, but you realise it’s even more ridiculous than you think. There is still so much mystery around Tommy, his origins and his money. It’s all myth and legend, even to this day. However, what you realise is that despite what The Room ended up becoming, Tommy still followed through with his vision and there is no way you can not respect him for at least trying. Yes, his movie is terrible in a traditional sense, but the man took a swing and the movie is still being played in cinemas all over the world (Cinema Nova in Melbourne has been running midnight screenings of The Room annually for the last six years, along with many other independent cinemas across the globe). Not many movies have that much replay value and the reaction it gets is very special.

If you’re after a great film that will put a smile on your face, then The Disaster Artist is perfect and it’s more than worth the price of admission. Go and check out the Franco Brothers at their best.

Greg Sestero stated that when he was writing the book, Tommy Wiseau said that only two actors could play him in the adaptation: James Franco or Johnny Depp. 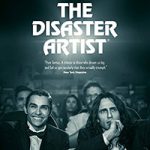