After a traumatic life event, Davis (Jake Gyllenhaal) starts up an unusual relationship with Karen (Naomi Watts), who handles customer complaints at the vending machine company he has been writing strange letters to.

Demolition is a film in reverse. Typically, when an indie-drama gives us a character who is suffering or who has lost, we watch that character build themselves back up to the person they used to be. But Davis is numb after his trauma. He is selfish and sometimes unlikable. He isn’t really grieving; he’s hiding, and so rather than watch on and hope our protagonist will be free from his sadness, we watch Davis and hope that eventually he’ll feel some.

Jake Gyllenhaal and Naomi Watts are great in their roles. Gyllenhaal is distant and sympathetic at the same time, and the oddness of his character’s actions are often a source of humour. Watts gives a very real portrayal of a single mother; Karen is flawed in many ways, but she tries her best. The stand out performance is probably Judah Lewis, who plays Karen’s son, Chris. Lewis has the difficult task of portraying a teenager who is different, troubled and wise beyond his years. Overall the film is decent. It’s well put together and visually consistent, and all the actors really bring it home. A drawback is that it can sometimes be hard to connect emotionally with the story. Davis is hard to know and sometimes hard to understand, and his lack of emotion (while a key plot point) makes it difficult for the audience to really be immersed in the story the film is telling.

Furthermore, the story is lacking. The film is certainly a character study, and while this gives the actors a lot to do, it doesn’t provide much in the way of plot.

If you’re looking for something slightly left of centre; something that’s about people and the ways they can be broken and put back together, then Demolition is perfect. But if a compelling plot and strong story structure are more to your liking, you may be left wanting.

The screenplay for this film was featured in the 2007 Blacklist; a list of the “most liked” unmade scripts of the year. 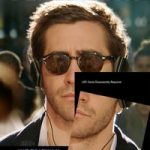