Back in 2010, an oil-drilling rig by the name of Deepwater Horizon had an explosion that led to one of the biggest oil-spill disasters in history.  This film is not some action-disaster flick with Mark Wahlberg slapped on the poster – a very human tale is told in this true-story-tragedy.

It’s not easy making a real-life event into a compelling and captivating movie, but director Peter Berg has definitely stepped up to the plate. Paced incredibly well, with suspense built in a steady yet artful way, I was certainly surprised at how much the film affected me. When the audience already knows the outcome, it’s impressive that you can still push them to the edge of their seat (and make them fear tiny bubbles in the ocean as much as ripples in a glass at a dinosaur park). Though I believe most of the credit should go towards the entire cast, every moment you share with any single character feels so sincere that you forget they’re playing a part.

Deepwater Horizon opens up with seemingly just two central characters; Mike (Mark Wahlberg) and Andrea (Gina Rodriguez), showing us a slice of their family life and small struggles at home. But from the moment they get to the airport we meet an unrecognizable Kurt Russell playing Jimmy, the head chief of the rig, chatting superstition to some BP executives visiting on-site. The narrative drives the audience to understand Jimmy’s journey the most: an honest man who follows the rules to keep his crew safe – trying to push back against the money-men upstairs. Flying in by helicopter, the audience’s eyes are treated to the grand scale of this industrial monstrosity that’s home to 128 people and you know it’s only a matter of time until chaos strikes. The film slips in a sneaky antagonist through Donald Virdine (John Malkovich), who represents every manipulative motive that feeds the greed of a massive oil company like BP. It’s no surprise that Malkovich has immediate presence and makes you feel uneasy whenever he’s on screen, however, the fact that every single actor around him isn’t overshadowed, certainly is.

I’m not just referring to veterans like Dylan O’Brien playing a lowly floor worker or Ethan Suplee as a lowly control room officer, even though both actors have stellar moments, it’s practically every single person aboard this ticking time-bomb. They aren’t just faceless extras to show the scale of death and destruction while the action-hero fights to the end and saves the girl. Their time on screen, however brief, makes you believe in this camaraderie between workers who spend three weeks of every month getting their hands dirty, practicing their harmonies and rinsing off the oil equipment to repeat it all again tomorrow.

And with such an ensemble cast, you can feel the full effects of this tragedy as it unfolds. Whenever someone’s in danger, it’s not just some guy, it’s that co-worker you talk to on your lunch break, or that guy you have an inside joke with, or that one who embarrassed himself at the Christmas party. The weight of this disaster is felt by the audience so heavily since we are invested in so many characters. Deepwater Horizon is definitely up there in the top movies of 2016 and whether you’re a Wahlberg fan or not, you should definitely fork out some green to see this flick on the big screen.

The producers of the movie contacted Mark Wahlberg and told him they wanted a screen combo with an older and younger male lead together. Wahlberg started to contact some of the older actors he knew, like Jack Nicholson. But, to his surprise, the producers wanted Wahlberg to be the older lead, with someone like Dylan O’Brien being the younger one. 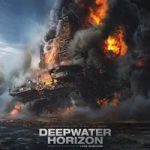