Throughout their life an equilibrium had been maintained between Beverly and Elliot Mantle (Jeremy Irons), identical twins who work as gynaecologists. Specialising in female fertility, the charming and more charismatic of the duo — Elliot — seduces members of their clientele, sleeps with them and then passes them on to his shy, sensitive other half — Beverly, without any of the women realising the change.

After Beverly catches the eye of an infertile actress with a pill addiction, Claire Niveau (Geneviève Bujold), his life begins to fall apart: developing a drug problem, declining in work performance and constantly conflating female infertility with “mutants”. His newfound troubles surpass a mental threshold that removes a psychological filter that disciplined his troubled mind, as turbulent events unfold before us; the bond between the two brothers begins to spiral out of control in a realistically tragic and unrelenting fashion.

Dead Ringers is arguably the most grounded and personal film out of David Cronenberg’s masterful filmography and Jeremy Irons stars in the performance of his career, expertly showcasing Elliot and Beverly as contrasting mentalities despite their identical appearance. Elliot’s savvy, sociable nature makes him the frontman and mouthpiece behind their medical enterprise, while Beverly’s antisocial and heavily neurotic brain provides the intensive research behind their groundbreaking techniques.

Dead Ringers emphasises a versatile range of themes from drug abuse, relationships, clinical depression, balancing life and character distortion. An example of the latter is shown throughout the film, Elliot saying that he and his brother must “synchronise” in order to restore their broken relationship. Basically implying that the two must reach an emotional mutuality, which slowly and exceedingly makes it more difficult to pick them apart from one another, a premise executed in an extraordinary and engaging manner.

RELATED:  'Scream' (2022) Review - Meta-Horror Franchise has Run Out of Ideas

The support cast are barely given a task, with Geneviève Bujold being a sole genuine standout amongst the lot. Her portrayal as Beverly’s love interest is both pivotal and stunning, the unintentional catalyst for the shocking events that accumulate. The cinematography serves true to its subject matter, using slick framework that encapsulates the reclusive life of two high-end doctors. Their home, office and social life.

David Cronenberg steered clear of his traditional sci-fi/other-worldly arsenal, instead crafting a mind-bending drama that unleashes a real hell on its protagonists, pulling no punches. Making us all feel empathy for the psychological and professional demise of the Mantle twins.

Dead Ringers is a slept-on classic that cements itself as a highlight of Cronenberg’s unique collection, with emphasis on addiction, seclusion and human bondage. 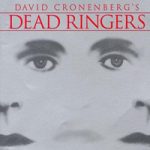