Not even the combined star power of Idris Elba and Matthew McConaughey can save this messy adaptation of Stephen King’s The Dark Tower series.

Jake Chambers (Tom Taylor), a young boy whose vivid dreams of a ‘man in black’, aka Walter Padick (Matthew McConaughey), out to destroy a monolithic dark tower at the centre of a universe that expands multiple worlds, which by doing so will bring on the apocalypse, goes on an epic adventure with a gunslinger, aka Roland Deschain (Idris Elba), in order to defeat the man in black and save the world. Along the way they’ll encounter danger and excitement across multiple worlds, whilst defeating Walter’s hordes of monsters disguised under human skin.

There is a lot of backstory and lore here, as Stephen King’s Dark Tower book series spans eight, lengthy novels. The film adaptation apparently draws elements from all of those books, in a meagre 90 minute package. That should be the first red flag before walking into this one. The film can surely not do the novels any justice in such a short time frame, and it shows in the final product. The audience is thrust into a world where everything is explained quick-fast, and is often hard to follow just exactly what is going on, who is who, what is what, and what anyone’s motivation is aside from the obvious ‘evil villain wanting to bring darkness on the world’… For… Insert whatever reason here. It’s a shame, because none of the characters or their histories are explored. We know Roland and Walter have some big rivalry-like relationship, but we have no idea how it came about. We know Roland is a slick gunslinger, but have no idea about his past. We know Walter is essentially the devil, but we don’t know why he wants to destroy the tower, and the world, other than just for the sake of it. Nothing is explained in detail, and anything that is explained, happens so fast it has the potential to fly over your head. This lack of character development also does not help us care about these characters, and we have to rely on getting gratification from the film’s action and fantastical elements.

Those elements are probably the only redeeming qualities of The Dark Tower. The film has awesome production design; from the sets to the costumes, and the worlds they’ve built – it’s all spot on. There is some beautiful photography in the film, and a couple of exciting action set pieces, though it’s not enough to make up for the film’s faults. McConaughey, Elba, and Tom Taylor, the film’s young protagonist, all do well in bringing their characters to life, save for some poorly written dialogue on occasion. It’s great casting, however the talent is mostly wasted – especially that of Jackie Earle Haley, who is a great actor to have in any film, but is completely underused here.

The Dark Tower is, more or less, a massive, wasted opportunity. A story with such rich background and interesting characters, gets cut back to nothing more than a basic fantasy-action blockbuster, where everything moves so fast that you won’t have time to even care about what’s happening. Fans of the Stephen King books might get something out of this (and that’s a big might), though anyone else will likely struggle.

According to an introduction by Stephen King in one of his books, The Good, the Bad and the Ugly (1966) along with the “Lord of the Rings” book series, is the primary influence for his book series: “The Dark Tower”. 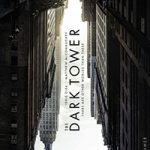