Fantastic Beasts: The Crimes of Grindelwald was a monumental improvement over the first film, but still something of a fizzer.

A rogue woman in my theatre clapped loudly as the credits rolled on the latest instalment of the Fantastic Beasts franchise, but the majority reception of the crowd, like most critics, was largely one of apathy.

Fantastic Beasts: The Crimes of Grindelwald started out with some momentum. A striking air-carriage ride (bat-like wings flapping through darkness), as the carryover villain, Grindelwald (played with heavy Deppishness) escapes his captivity. The plot was then fiercely developed, setting the stage for high Rowling-esque drama. Magic school zoologist Newt Scamander (Eddie Redmayne) is enlisted persona non grata, by a young, surreptitiously gay Dumbledore (Jude Law) to help track down Grindelwald’s new apprentice. Meanwhile, the sinister Gellert Grindelwald gathers followers for his secret agenda: raising an army of pure-blood wizards to rule as fascist dictator of all non-magical beings (‘The Night of the Long Wands’, effectively). Ezra Miller is introduced as Credence Barebone, the mysterious apprentice whose dark heritage is the puzzle-piece the entire film appears to be hinged upon. Without spoilers, this is one of the various flaws of the film, for the surprise twist at the end is far too sequel exploitative; lacking enough comparative showdown and action for temporary closure. There are also far too many sub-plots and the narrative is slightly confused at points. The 1920’s setting feels a little staler in this film than the first, moving from New York to Paris. The setting feels underused, not to mention the obvious Grindelwald/Hitler Nazi World War Two parable (which is probably the most overused metaphor in cinema history). When done well, the fascist metaphor can be brilliant. When hackneyed and unbelievable it can almost be offensive.

Where The Crimes of Grindelwald clearly outperforms its prequel is in successfully creating more of a threat in the underbelly of the Wizarding World, and the magnificent beasts themselves. The original was very lighthearted, filled with fantastical magical creatures, treated with scientific wonderment. However, it failed to create an atmosphere of dread. The first film felt like the story of a scientist gathering animals and plants and may have been suitably narrated by David Attenborough; it was so gently paced. The dark world of Voldemort in the original Harry Potter franchise seemed to reach deeply into the bowels of hell. So it always struck me as a bit of a letdown, that the young-adult sequel failed to produce the same level of tension, as to what were effectively kids movies.

Grindelwald proves a better villain in the sequel but is still no match for Voldemort and his cronies. Introducing some more sinister magical creatures increased the sense of danger as well. When a vaudevillian monster circus in Paris is liberated by the Maledictus, an entourage of horrible beasts are unleashed on the world. This sometimes had resonances of the cult movie The Circus of Dr Lao (1964) by creating a kind of satanic, carnival-esque menagerie of freakish evil. Fans of the franchise also got excited to learn that Voldemort’s Maledictus could take human form. However, as gentle fop Scamander’s modus operandi is to tame the beasts rather than defeat them, this also decreases the tension, and sometimes feels like a long episode of Pokémon, with the Harry Potter musical score overlaid. There are lots of easter eggs for hardcore Potter nerds, including the payoff with fan theories about Dumbledore’s sexuality. There are also some good action scenes and fantastic CGI, not to mention a rather unexpected, but quite humorous cameo from a certain alchemist out of the Harry Potter universe, who joins the good wizards to help save the day and hold off Grindelwald’s villainy until the next sequel comes out (predictably).

With lower expectations, the film offers enough entertainment for fans of the Wizarding World. Perhaps it is just as much at fault that the magic of the franchise is wearing thin, as much as the film itself is flawed. For all intents, Fantastic Beasts: The Crimes of Grindelwald delivers what it promises; magic, mystery and villainy and a plot twist for die-hard Potterites to blog about. But on the whole, it’s a bit of a sour aftertaste to the Rowling Empire.

J.K. Rowling has hinted that the alluded-to homosexual romance between Dumbledore and Grindelwald will be fleshed out even further in coming sequels. 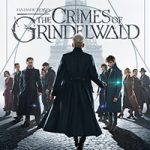