The history of cinema has known many great adaptations of the works of William Shakespeare. 1948 brought us the big screen version of Hamlet; 1968 brought us Romeo and Juliet; 1989 gave us Henry V; and now, it is time for us to welcome the latest great Shakespearean feature film, that most definitely deserves to be given as much popularity as the mentioned adaptions of the past – 2011’s Coriolanus!

The first (and possibly only) big screen adaptation of this lesser known play, the film tells the story of Caius Martius Coriolanus (Ralph Fiennes), a revered and feared Roman General that is at odds with the city of Rome and his fellow citizens. Pushed by his controlling and ambitious mother Volumnia (Vanessa Redgrave) to seek the exalted and powerful position of Consul, he is loath to ingratiate himself with the masses whose votes he needs in order to secure the office. When the public refuses to support him, Coriolanus’s anger prompts a riot that culminates in his expulsion from Rome. The banished hero then allies himself with his sworn enemy Tullus Aufidius (Gerard Butler) to take his revenge on the city.

No words accurately express how brilliant this flick is. From start to finish, it is a five-star epic filled with five-star direction (from someone who, during production, had never directed a movie before), five-star scripting, five-star production design, and five-star performances from a five-star cast, all set around morals, themes and political issues that couldn’t have been discussed at a more appropriate time. My biggest praise has got to go to the driving force behind this project: John Logan – the film’s screenwriter/adaptor (well, one of the driving forces at least. The idea for this screen adaptation of the play was the brainchild of Ralph Fiennes himself)! Long before I even knew of this film’s existence, I already knew how great a screenwriter John Logan was. Many will agree with me when I say that Mister Logan is perhaps one of the greatest and most influential script writers in the business! With a CV that includes RKO 281 (1999), Gladiator (Gladiator), The Aviator (2004), The Last Samurai (2003), Sweeney Todd (2007), Hugo (2011), Rango (2011) and Skyfall (2012), you know that you are going to see good quality cinema once his name flashes on to the screen.

Coriolanus is certainly a project that he can proudly add to that growing and remarkable list of credits. How he managed to re-work the Bard’s text to fit perfectly within the modern setting is nothing short of genius. John Logan is practically a director’s idle writing partner – and in this project, it really shows! The teaming of a talented and accomplished Shakespearean actor like Ralph Fiennes and an equally talented and accomplished screenwriter like Logan is a match made in heaven!

Coriolanus is a brilliant film that will make you think, and will leave you entertained for hours. Well worth a watch.

Director Kathryn Bigelow decided to offer Jessica Chastain the lead role in Zero Dark Thirty (2012) after Ralph Fiennes showed her a rough cut of this film. 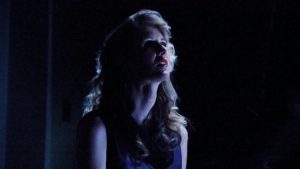 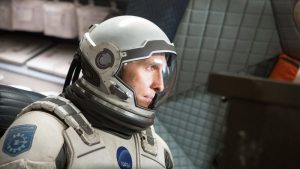