Collateral Beauty sees Howard (Will Smith), the owner of a successful ad agency, grieving the death of his young daughter. In an attempt to free him of his grief, and save the ad agency from bankruptcy, his friends throw together a ‘well-meaning’ scheme where actors appear to him and present themselves as the physical embodiments of Love, Death, and Time.

Collateral Beauty is this year’s Jupiter Ascending (2015). Obviously, the films are nothing alike, but the thing they share is that simply explaining their plots is more entertaining than the films themselves. One of the many differences between the two is that where Jupiter Ascending attempts to evoke a sense of wonder and hope, Collateral Beauty, for all of its weak humour, and beautiful New York City filming locations, has a dark and vile heart.

While Howard is positioned as the protagonist, we spend the most time with his three ‘friends’, all of whom share ownership of the ad agency. The primary reason for their scheme is to video Howard speaking with the actors portraying Love, Death, and Time, then digitally remove the actors, and present this footage as evidence of Howard’s mental incompetence. This would allow his friends to take full control of the company and secure its financial future.

If this sounds deplorable, that’s because it is. No matter how hard Collateral Beauty tries to frame this as a good deed done by friends out of love, every second of it feels slimy and ugly. Especially when the film is clearly going for the tone of a feel-good Christmas movie. Putting the monstrous actions of the characters aside, the story telling is also riddled with problems. The film’s twists (yes, twists, plural) aren’t supported in anyway by the film itself. No reasonable person would act in the way the characters act to facilitate the turns and surprises in the story. So instead, the actors (most of whom are Oscar nominees) struggle with the clunky, expositional dialogue in a frantic effort by the writer to explain why anyone would behave this way.

Those same actors struggle again, as they portray people that couldn’t possibly be real. The character’s lives and troubles are not only clichéd, but are littered with outdated gender stereotypes that are frankly, quite boring.

But the cherry on top of the car crash that is Collateral Beauty is without a doubt the explanation of the film’s title. To the untrained ear, ‘collateral beauty’ initially sounds like nothing more than pretentious nonsense. But after seeing the film, and enduring not one, but two scenes where the phrase is explained, it levels up to absurd and infinitely cringe-worthy.

With a cast this talented and a director with a reasonably solid filmography, it’s shocking that Collateral Beauty is so irredeemable in almost every way. There is no hint that this film could have been saved by a rewrite, an edit, a change in director, or a genie in a bottle. Perhaps the only thing that could save this film was if it had never been made in the first place.

The loss of a loved one in this movie’s theme was reflected in reality for Will Smith in that his father Willard Carroll Smith, Sr. was dying while Will was researching his role. He has said that working on the film was extremely therapeutic in helping him deal with the ultimate loss of his dad. 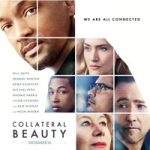 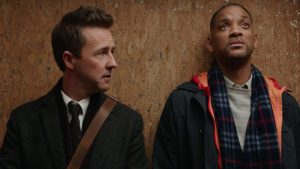 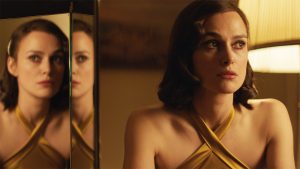 ‘The Aftermath’ Review – A Beautiful But Severely Lacking Period Drama 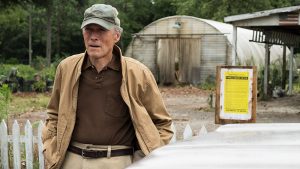