A bumbling police officer must team up with a twelve-year-old boy and face off against a Detroit drug kingpin in Coffee & Kareem.

Ed Helms place police officer James Coffee, who is thrust into a world of danger after his girlfriend’s son, Kareem (Terrence Little Gardenhigh), hires a criminal to scare him away.

The two unlikely allies will have to overcome their differences as they are chased down by a notorious drug dealer.

Coffee & Kareem is really pushing the adults-only vibe with its humor, which seems to work for the most part even though it’s not entirely necessary for a film like this.

Its biggest strength looks to be Ed Helms’ Coffee character, who is a dope in a uniform.

Buddy-cop movies are a dime-a-dozen though it seems like they only come about sparingly these days, so fans of this particular sub-genre will have something to look forward to.

Coffee & Kareem co-stars Taraji P. Henson and Betty Gilpin and is directed by Michael Dowse, who recently directed Stuber (2019), which is essentially another buddy-cop film, along with the cult-classic comedy film Goon (2011).

Check out the funny new trailer below. 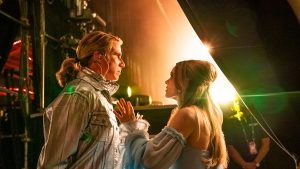 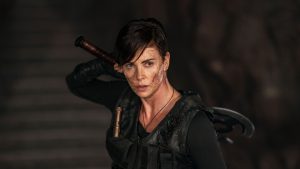