Dancers. A party. Vinyl. Sangria. These are the story-summarising title cards featured in the trailer from provocative director Gaspar Noe in his 2018 French-musical-horror spectacle Climax.

These are the words which describe the events of the film that unconventionally (and uncomfortably) puts the viewer in reach of issues relating to the human condition, sexuality and drug and alcohol culture.

In Climax, dancers come together in a remote village in France following the culmination of three days of intense rehearsals. It is here where the majority of the dancers, during a party consume a sangria that has, without their knowledge, been laced with LSD.

The dancers, who had worked as one organism on stage, become mad and quickly turn on each other as they investigate who spiked the sangria.

Climax cleverly looks at the consumption of drugs as a form of possession with each of the characters, some more than others, slowly losing their inhibitions and becoming their worst imaginable selves.

An effective vox pop sequence establishes that these characters will do anything (violence implied) to succeed in the field of dance, with themes of suicide and substance abuse being present in their culture.

Noe is a provocateur filmmaker with a knack for being disturbing (see 2002’s Irréversible) and utilises scenes involving gore, self-mutilation and characters laughing about sexual misconduct to create moments of intensity. Further supporting this is the film’s treatment of children, with the dancers’ regard for children being a consequence of sexual conduct and detrimental to their dance careers, creating some very hard-to-watch scenes.

Many of the cast play disturbing characters, particularly that of the male dancers where one is a sex-crazed ‘walking STD’ and another finds humour in non-consensual sex.

The benefit of having a cast full of dancers (Sofia Boutella being the most noted cast member having starred in Star Trek: Beyond (2016) and The Mummy (2017)) is a strength to the story, with their knowledge of staging allowing them to be part of many conversations all within the one extended take.

At the same time, the film does have many characters with many things to say, which can make scenes feel extended and drag on for longer than necessary.

Music and dance sequences are directed to great impact with the decision to film them as singular takes, emphasising the skills of the performers and showcasing them where necessary as aggressive, slow or harrowing. Camera shots place the viewer on the dancefloor but also where needed, go inside, around and above the dancers, giving the film some identity. The choreography in the film works effectively on multiple layers by showcasing the dancers’ skill, highlighting their mental instability and foreboding their inevitable spiral into madness.

The use of neon colours throughout the film creates an artificial eeriness and is best utilised in tandem with a dimly lit corridor which personifies the characters’ descent into insanity.

Liberated by dance, sex, and substances, there is a recurring theme of French patriotism displayed throughout Climax, which is often reinforced by the rejection of American culture.

Climax, like the title suggests, is a film that leads to a tipping point which will be uncomfortable for audiences unfamiliar with the work of Noe.

The film was written, shot and edited in only four months, in order to meet the Cannes Film Festival deadline. 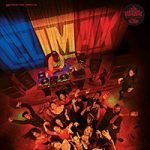