After two teaser videos about the new Pixar animation that showed us nothing, we get an extended look video that offers a glimpse into the film’s plot.

The very first teaser trailer for this film teased a huge accident involving Lightning McQueen (voiced by Owen Wilson), sending off a very dramatic vibe for a Pixar animation.

This extended look video goes back to that accident, and we find out that it may have forced Lightning out of competition, rendering him potentially unable to ever race again.

However in typical movie fashion, Lightning must face adversity in the light of all his doubters and work his way back to past glory, especially when there is a new, more advanced car on the road – Jackson Storm (voiced by Armie Hammer).

It’s a common theme that’s been used in movies a countless number of times, which is a little disappointing, though when done right, this typical formula can generally solicit an emotional response from viewers.

The film does look it like it’s going for a bit more of an adult-friendly tone though, which should broaden its appeal and make it more interesting. 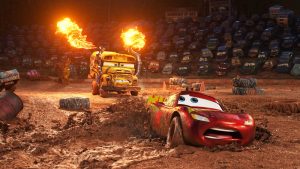 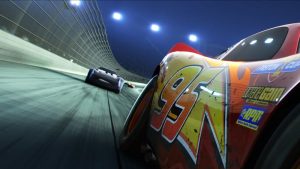 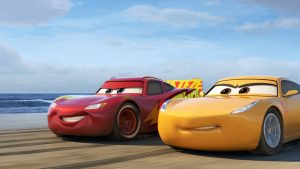