Captain Phillips tells the story of the real-life hijacking of the Maersk Alabama cargo ship by Somali pirates in 2009. Helmed by the titular Captain Richard Phillips, the ship is boarded by a band of Somali pirates whilst en-route to Mombasa and consequently hijacked and held for ransom for a large fee. The ship’s crew safely manages to hide in the lower levels of the ship, whilst Captain Phillips righteously deals with the hijackers whilst protecting his crew and cargo.

Tom Hanks plays Captain Phillips, the all-business leader of the ship. Upon learning of the route that his ship will take (from Oman to Mombasa through the Gulf of Aden), Captain Phillips is immediately aware of potential piracy threats and begins training his less than enthusiastic crew in correct defence procedures. Unfortunately those procedures only delay the inevitable when a small band of pirates eventually board and hijack their ship. The pirates are led by Muse (played by newcomer Barkhad Abdi), who takes control of the ship at gunpoint, demanding ransom money for safe return of the ship and its occupants.

Tom Hanks is brilliant as Captain Phillips, offering a varied display of character traits whilst managing to keep calm under pressure and tackle the problem at hand in the same way he does any other, with poise and dignity. Even when staring down the barrel of a gun, Captain Phillips does not even give the slightest hint of exposing the rest of his crew to the potentially violent pirates. On the pirate side, leader Muse is a man of similar qualities. His position is one that most Somali’s in his community are gunning for, essentially as a survival strategy, so Muse takes it seriously (this is explained in a brief scene early in the film when Somali warlords are recruiting the pirates). His demeanour is one of a man that is willing to do anything to see the job through, but as the film progresses it’s revealed that Muse is a pirate with a conscious.

The film is directed by Paul Greengrass of the Bourne films fame and his particular style carries over to Captain Phillips. The film is shot in a similar handheld fashion to the Bourne films, which helps to provide an authentic raw feeling to the film, however his style seems to work better for an action-heavy style of film, compared to one with an (at times) laborious pace like Captain Phillips. The film’s score helps to push the emotions and tension that come with each situation along, although a better director may have opted for no music to create and elevate tensions in said scenes. Greengrass does still manage to capture high tension throughout the film, but it is marred by it’s slow pace. The last thirty minutes or so the film is however, edge-of-your-seat stuff. Once the US Navy has become privy to the situation, the rescue mission at the end of the film seemingly makes up for most of the faults leading up to it.

Captain Phillips, while in direction may not be perfect, is saved by its actors’ performances. Tom Hanks and Barkhad Abdi are great in their respective roles. It would’ve been greater still if more had been done with pirate leader Muse. He was just not menacing enough to be a villain meaning both the hero and villain of the film were likeable, causing an imbalance.

Captain Phillips plays out more like a docudrama rather then a typical Hollywood film which is normally fine, but in this instance it would have been nice to add some of that Hollywood magic to liven up the film. Even still, it is a worthy re-telling of modern day pirate story.

In real life, one of the men from Richard Phillips’ crew sued him after the incident. He claimed that Phillips was well aware of the danger in the Somali waters but went in anyway endangering all of them because he wanted to get the shipment to harbour faster, even though the shipping company itself sent him a note advising him to avoid the Somali seas. 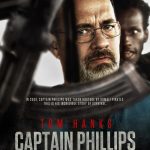 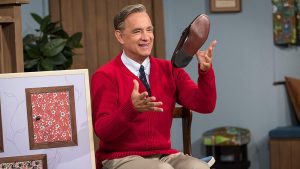 Tom Hanks Delights in ‘A Beautiful Day in the Neighborhood’ – Review 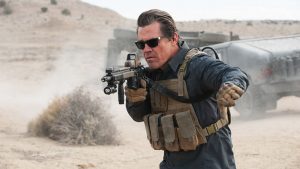 The Violence Remains, But Heart Refrains in ‘Sicario: Day of the Soldado’ 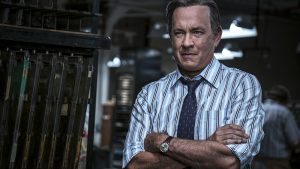 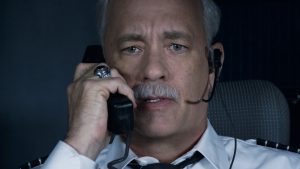