The new trailer for Captain Marvel focuses on the film’s story, which includes outlining the film’s villains, The Skrulls, as well as the Kree, the heroic race of people that Captain Marvel (Larson) belongs to.

It’s interlaced with a narrative voiceover of how Captain Marvel received her powers, along with a look at many of the film’s visual effects and epic, intergalactic battle scenes.

Captain Marvel is Marvel’s newest character to enter the fold in their slate of movies, and her story will lead into the events that take place in the upcoming Infinity War sequel.

Samuel L. Jackson makes an appearance in this new trailer as a young Nick Fury, as well as a first look at Annette Bening’s character in the film.

The film looks intriguing and should be a hit for Marvel (as usual), though some of the VFX work, especially in the parts where Larson goes into full Captain Marvel-mode seem somewhat overly animated.

It should be no surprise that that is the case, however, and audiences have come to expect it by now.

The film appears to have all the elements that people love about Marvel movies, so it will be interesting to see how (or if) Marvel will push the boundaries on this one.

At the very least, we can be certain it will be entertaining.

Check out the cool new trailer and poster below. 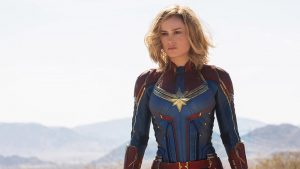 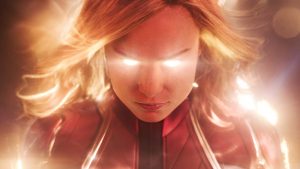 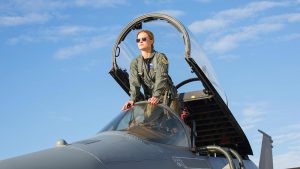 ‘Venom: Let There Be Carnage’ Looks Like Good Super-Antihero Fun