Windsor typeface, lavish costumes and soft jazzy melodies greet audiences like an old, inviting friend. Café Society, which pays homage to the style and art decor of 1930s New York and Los Angles, has everything an Allen fan expects to see when they head to the cinema to catch his latest film.

Which is something that, depending on what you consider to make a great director so great, can be either a good or bad thing when we talk about new releases. In the case of Café Society, I’d argue it’s not such a good thing, as there’s only so many Woody Allen films you can see before you start to think, “Wait a minute, didn’t he already do this story? With the dude and the girl in that other really beautiful city?” Although I agree that the film did do its job of offering us what we expect to be offered when we go to see an Allen film, it forgot how much audiences love a little new addition to an old family recipe, and how sweet that small surprising inclusion can really be.

Set amongst the lush lifestyles and backdrops of Beverly Hills mansions, the film follows Bobby Dorfman’s (Jesse Eisenberg) journey of staying afloat in the great ‘Hollywood Entertainment Industry’s’ pond as a small, slightly awkward, fish. We weave behind Dorfman as he absorbs opulent LA habits through young New Yorker eyes, Eisenberg’s performance bearing serious similarities to a young neurotic Allen himself. Having left his family and secure job in the Bronx, Dorfman seeks the company and guidance of his acclaimed uncle Phil (Steve Carell), expecting to be offered a job in the city-of-dreams by a man who has made an exclusive name for himself in biz that is show-biz. Having instead chosen to introduce his nephew to his secretary, Yvonnie (Kirsten Stewart), in an attempt to have her distract him with the dazzling city, Dorfman finds himself falling head-over-heels in love with the young girl, sending him landing in a painful fall as he tumbles past her and on top of an agonising family secret. The story is nothing too new from Allen; the painful love triangle; the troubled woman and her relationship with men; the dry jokes. It’s all there by the first couple of scenes, which is perhaps where the narrative finds itself falling into rhythm with the film’s natural slow pace, unable to fall out of step with the techniques that make audiences feel as if the film has been going on forever, without even having really felt like it’s begun. The golden honey hue of light bathing each image evidently distracts audiences from the sticky reality of the film being extremely beautiful to look at, but nothing we haven’t seen or been caught in before.

There is no denying that Woody Allen is a fan and master of capturing what’s been lost – the nostalgia of a time, a movement or an artist – but it’s hard to follow a film which expects us to engage so much with the past, whilst not holding our engagement for here-and-now in the present. In saying that, I do have to congratulate the film on its magnificent attention to detail when it came to the costumes and set, as I do still love the experience of a film which does pay aesthetic adulation to past decades. In short, you’re going to have exactly what you expect to have when you choose to go see Café Society in theatres, something you’ll either end up loving or hating when you walk out, or, if you’re a true Allen fan, something you’ll think is the very genius of it all in the first place.

“Cafe Society” was a phrase coined by Maury Henry Biddle Paul in 1915 to describe the “beautiful people” who socialized and threw parties in the high profile cafés and restaurants in New York, Paris, and London. 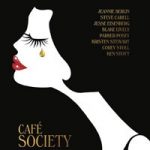