Brad Pitt leads an all-star cast in the new science-fiction film Ad Astra, which sees the actor don a space suit for the first time in his career.

The film follows astronaut Roy McBride (Pitt) as he embarks on a mission to the outer edges of the solar system to find his long lost father (Tommy Lee Jones); he himself who vanished while out in space on a mission experimenting with a substance that could threaten the survival of the human race.

Along the way, he’ll uncover galactic secrets that will question the nature of human existence and their place in the universe.

The nauseating trailer lays out the film’s plot while keeping the finer points a mystery.

It’s the mystery behind the father’s disappearance and his potential discoveries that drive the plot, so expect Ad Astra to feature lots of twists and turns.

The film looks like it will have a fair bit of action and suspenseful space-danger scenes that should keep viewers on the edge of their seats.

The director describes his film as “‘Apocalypse Now‘ and ‘2001‘ in a giant mash-up and you put a little [Joseph] Conrad in there”.

That seems like an overly-ambitious statement and could potentially mean doom for the film, but if the trailer is anything to go by, we should be in for an entertaining ride, at least.

Pitt can also be seen in the upcoming Quentin Tarantino film Once Upon a Time in Hollywood. 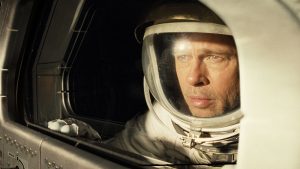 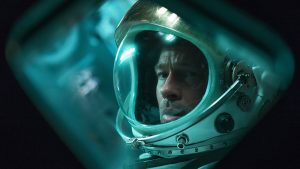 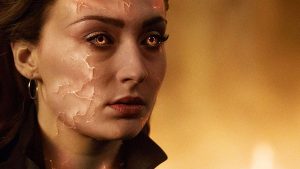 Gallery image with caption: The X-Men Take on One of Their Own in New Trailer for ‘Dark Phoenix’ 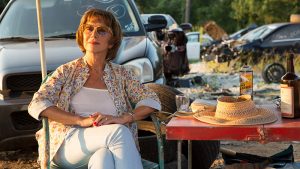