Tim (James Marsden) and his baby bro Ted (Alec Baldwin), returning from The Boss Baby (2017), have grown up now, and drifted apart.

The super-smart Ted has become a hedge fund manager, while Tim is a stay-at-home dad to his daughter, Tabitha (Ariana Greenblatt).

Tabitha, as it goes, is also a boss baby, and a super secret agent who’s sent on a mission to stop an evil Dr. from turning the world’s babies into little terrors (I’m sure an evil doctor is not entirely necessary for that, let’s be honest).

Tim and Ted go along for the ride, and the family is compelled to unite through action and adventure.

The Boss Baby: Family Business is directed by Tom McGrath, who directed the first film along with other popular animated films like the Madagascar (2005-) series, and Megamind (2010).

The film looks like a lot of silly, over-the-top fun, which should make it a crowd-pleaser.

Joining Marsden (who takes over voice-acting duties from Tobey Maguire in this sequel), Baldwin, and Greenblatt in supporting roles are Eva Longoria, Jimmy Kimmel, Lisa Kudrow, and Jeff Goldblum.

The Boss Baby: Family Business is due for release in March 2021.

Check out the funny new trailer below. 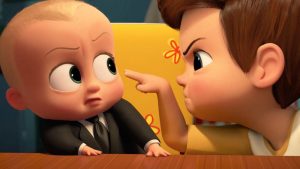 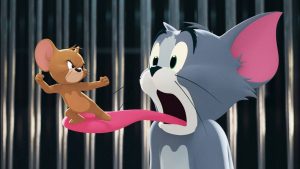 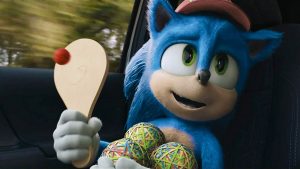 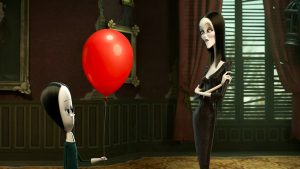