The Blackcoat’s Daughter (originally titled February) is a horror-thriller depicting the tale of two girls, Kat (Kiernan Shipka) and Rose (Lucy Boynton), who are left at their boarding school over the winter break when their parents fail to pick them up.

A third girl Joan (Emma Roberts) is also occasionally featured, but appears to be outside of the school, and has seemingly escaped from a mental institution of some sort before being picked up by a passer-by.

Kat begins to display increasingly disturbing behaviours, as Joan makes her way towards Bradford where the school is located. It becomes clear that the stories of these three girls are connected, but it isn’t until the end of the movie where the audience are given the ‘Aha!’ moment where everything finally makes sense. Shipka did a great job in her portrayal as Kat, and genuinely made me feel uncomfortable at times. The movie is a little bit gory and sometimes hard to watch. I definitely found this film more enjoyable than Perkins’ more popular release, and like the way in which he turns a story about loss into a horror movie with an ending that’ll have you reaching for your laptop to get some answers.

The Bramford is the also the name of the notorious apartment building in Ira Levin’s novel and the film, Rosemary’s Baby (1968) which Guy and Rosemary move into. 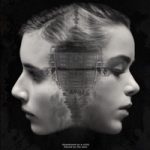