Roald Dahl’s The BFG is a classic. It captured the imaginations of children at the time of its release in 1982, and has continued to do so every year since. But does Steven Spielberg’s film adaptation have what it takes to do the same?

The film stars newcomer Ruby Barnhill as Sophie, a precocious orphan who is taken to Giant Country by BFG, played my Mark Rylance through motion capture. BFG is a kind hearted dreamcatcher who lives secluded from the much larger and nastier giants in Giant Country.

Spielberg’s The BFG is a strange contradiction. The visual effects are breathtaking, and the film is infused with so much colour and texture that it’s hard to believe the fictional land of Giant Country is just that; a fiction. But despite the vivid dreamscape the audience is treated to, the story is quite lacking. The film is plodding in its pacing and sparse in its conflict, and ultimately the dull story combined with the extraordinary visuals level out to create an average film. Aside from the inciting act of the film – Sophie being whisked off by BFG – very little happens. Other giants are introduced and there is one point of conflict introduced at the beginning of the third act, but still, it all feels very perfunctory. Things unfold because they have to, and the film does very little to make us care about any of it. Everything is passive and detached, the stakes feel low and the wonderful performances aren’t enough to inject life into the story.

The film’s monotony is even more surprising when considering its pedigree. It’s directed by one of the most well-known and respected filmmakers in the industry, it stars Oscar winner Mark Rylance in an excellent motion capture performance, and has an estimated budget of $140,000,000. The BFG seemed destined for success.

Perhaps the boredom experienced is due to the nature of The BFG being very ‘kiddy’. The film lacks the wit and maturity that modern audiences have come to expect from the children’s films made by Pixar, Disney, Dreamworks, etc. Or perhaps it’s simply because the story lacks the fire and intrigue that the visuals promise to deliver.

This theatrical feature film has been in development for almost twenty-five years. 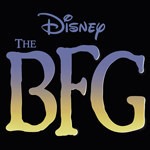 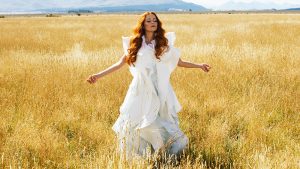 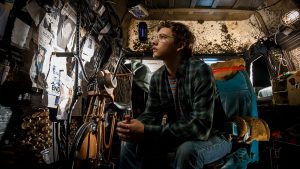 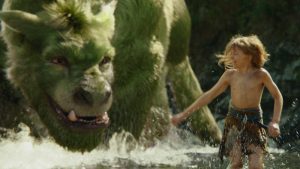 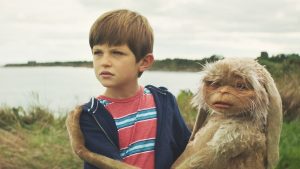 ‘Four Kids and It’ Delivers Surface Level Magic Only – Review