Director Cate Shortland’s Berlin Syndrome stars Teresa Palmer as Clare, an Australian abroad that winds up in a situation that would be any solo-traveller’s worst nightmare.

On a soul-searching trip to Berlin, young photographer Clare (Teresa Palmer) meets local boy Andi (Max Riemelt). After sparks fly and the two hook up, Clare finds out that Andi is not all he appears to be after he locks her up in his apartment, imprisoning her.

The story of a traveller entering a foreign country only to find danger isn’t new, however in comparison to the horror gore-fest that was Eli Roth’s Hostel (2005) for instance, Berlin Syndrome relies heavily on its slow-building tension, in a plot that feels a lot more plausible – and therefore a lot more chilling. The film’s indie-style adds an extra element to its grounded nature, further exacerbating the scary predicament the film’s lead character finds herself in. Shortland doesn’t use any jump-scares or other typical horror-style tropes to strike fear in the heart of the audience, but rather chooses to focus on the impending doom awaiting her character, which often works better in thriller films like this one.

The narrative is aided along by great performances from Palmer and Riemelt. Both actors have a natural chemistry when on-screen together, and both are seamlessly able to portray their character’s varied range of emotions and personas once things turn bad in the story. The film essentially rests on their backs, as we need to feel for, and relate to these characters in order to really get hooked in to the story to care about what happens to them. Needless to say, they don’t let the film down. The film does enough to keep you engaged throughout its entirety, though some may find that Shortland and team could have pushed the boundaries a bit further. While the whole scenario is shocking in itself, fans of these types of dark thrillers and horrors may be left wanting more, as the film is fairly tame in comparison to similarly themed films that have come before it. Nevertheless, it does have the potential to shock a wider general audience.

As a thriller, Berlin Syndrome works well on most fronts. It’s suspenseful when it needs to be and engaging throughout. It could have been even more suspenseful and bone-chilling (depending on your sensitivities), but does just enough to provide a good balance of drama and thrills. As a warning to solo-travellers? Not really. These things do happen in some rare unfortunate circumstances, but it won’t scare anyone off from living their dream and seeing the world on their own terms.

Teresa Palmer described her participation on the project as “one of the most transformational experiences” of her life, as well as “the most liberating film experience” of her career. 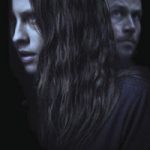