Atomic Blonde is a spy-action movie with lots of style and lots of substance – maybe too much substance for its own good.

Undercover MI6 agent Lorraine Broughton (Charlize Theron) is sent to Berlin during the end-period of the Cold War to recover a missing list of double agents, and investigate the death of a fellow agent. Along the way she meets an ally in David Percival (James McAvoy), amongst several other characters all invested in attaining the same list she’s searching for, with many that aren’t whom they appear to be. Broughton will punch, kick, stab, shoot and basically use any means necessary to eliminate anyone in her path to securing the list, in a mostly spectacular fashion.

It’s a basic spy-movie plot, filled with double-agents and double-crossing. That plot works in most spy-movies, however Atomic Blonde seems to over-complicate things. The film moves at a fast pace with an overload of information that’s often hard to keep up with; it’s something that a glitzy action-film like this doesn’t need. On top of that, none of the characters are very likeable in this film. Granted, the film is full of shady, unappealing characters on the villain-end, but even Theron’s protagonist appears to come across as a bit stiff and uncharismatic. Thankfully, there are a handful of great action sequences that pull us out of the drab story. The film’s action is its biggest highlight, almost making up for the tedious parts you’ll have to sit through to get there. Director David Leitch does an exceptional job in directing the set-pieces, using inventive camera techniques and martial arts choreography. It’s exhilarating stuff at its best, with awesome editing and sound design that enhances each bone crunching punch, kick, car crash, explosion, gun-shot and so on, always keeping you at the edge of your seat.

The film also shines in its visual aesthetic and cool soundtrack. It’s neon-themed look compliments its alternative disco-themed soundtrack perfectly, and the costume and set design all hit the mark in portraying a grungy, seedy Berlin circa 1989. Theron continues to impress in action-heroine mode post her gig in Fury Road (2015), and James McAvoy again proves that he can play wholesome good guys as equally well as despicable bad guys with his performances here.

Atomic Blonde is a stylish, but unnecessarily overcomplicated action-film that could have been so much more had the story been dumbed down a bit, as strange as that may be to hear. Spy-genre fans may still however get something out of this film, and action-film fans are likely to be impressed by the creative set pieces.

Charlize Theron had eight personal trainers to help her master her intensely physical performance. She also trained with Keanu Reeves who was preparing for John Wick: Chapter 2 (2017). 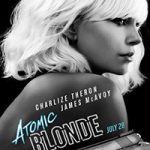 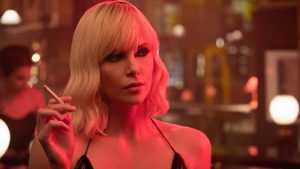 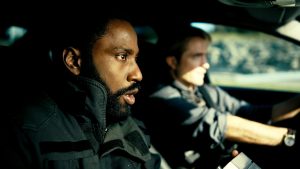 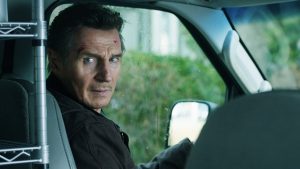