Jexi is a mobile phone artificial intelligence that is not afraid to call it how it is in this upcoming comedy film starring Adam Devine.

Jexi parodies people’s obsessions with their phones while taking some story elements from Spike Jonze’s artificial intelligence love story, Her (2013).

Funnyman Adam Devine takes the lead in this one, as a somewhat average dude who buys a new phone that comes with a virtual assistant/friend known as Jexi (voiced by Rose Byrne), a parody of Apple’s Siri.

The laughs ensue when Jexi offers advice and feedback in the most awkward of moments, while also setting Devine’s character on a course to find love.

'A River Below' Documentary Set to Shock Audiences – Trailer

Jexi, however, also requires some loving of her own.

The film from directors Jon Lucas and Scott Moore, the pair behind films like Bad Moms (2016) and A Bad Moms Christmas (2017) looks hilarious and is very relevant when you consider people’s actual fascinations with their phones.

Maybe this film will send a message across to the audience to drop their phones once in a while and embrace something real around them, but let’s be honest, it probably won’t.

In either case, Jexi looks like a funny and relatable film.

Alexandra Shipp and Michael Peña co-star and the film is due for release on 11 October 2019. 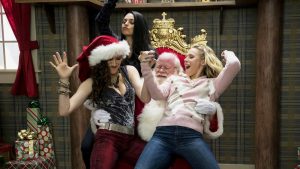 Gallery image with caption: Business Partners and Friends are Tested in New Comedy ‘Like a Boss’ 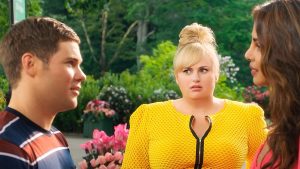 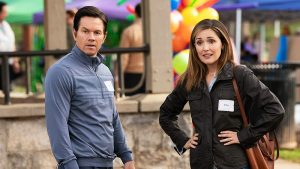