Tom Cruise plays a drug-smuggling pilot that also happens to be working for law enforcement in the upcoming American Made.

As we can see in the trailer, Cruise’s character Barry Seal is recruited by the CIA as a pilot, but ends up also working the DEA and for infamous drug kingpin Pablo Escobar.

We don’t see too much in the way he got there, however the trailer does set the tone to expect in the film.

To me it feels like the film has a big Blow (2001) vibe going for it, with shades of Martin Scorsese’s signature voice-over style of filmmaking, seen prominently in films like Goodfellas (1990) and Casino (1995).

Those three films are all amazing, so if American Made can come close to offering a level of entertainment value that rivals those, then we should be in for a treat.

Either way, the trailer seems to represent a fun crime-flick that probably won’t take itself too seriously, and that style generally makes for a decent watch. 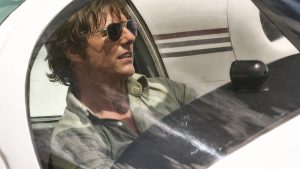 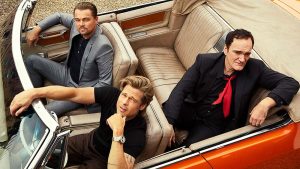