In what seems like an attempt to start up another Jason Bourne type franchise, American Assassin falls short due to a lacklustre screenplay and a somewhat bland lead performance, but there is still some fun to be had here.

Whilst holidaying with his girlfriend, Mitch Rapp (Dylan O’Brien) proposes on a sunny beach in Israel, only to see her gunned down moments later right in front of him by a group of terrorists. Mitch himself is shot but survives, thus beginning his transformation from everyday-citizen to a vigilante hell-bent on revenge. Eighteen months of training in martial arts and combat, he tracks down the terrorist group responsible for his girlfriend’s death by pretending to be a potential candidate for the group itself. It’s here a special ops team intervene, dispatch the terrorists and take Mitch in.

After assessing that he is a viable candidate to join the CIA (things move fast in this film), Mitch is taken to a remote cabin to be trained by CIA veteran Stan Hurley (Michael Keaton), for an operation that turns out is bigger than everyone expected it to be. From here on the film has a tough time figuring out whether or not to take itself seriously. Michael Keaton seems to be the only one who is having any fun, and almost single-handedly saves the proceedings from all the other far too serious performances. If Dylan O’Brien put as much effort into his performance as he did with the action scenes, we might actually care a little more about him. Instead he almost sulks his way through the film, without a hint of charisma or charm. Granted his motivation to seek revenge, there is still very little change in emotion.

Taylor Kitsch pops up in random bursts as the antagonist Ghost, who has a personal vendetta against Stan Hurley and does fine with the limited screen time he has. The one thing the film does well is keep up the pace with some well-choreographed fight sequences that don’t hold back, especially a climactic torture scene where an ear is literally bitten off, chewed and spat out.

When all is said and done, American Assassin doesn’t leave much of an impression, especially in terms of trying to start up a franchise of which there are several books the movie is based on. But given its fast pace and Michael Keaton’s presence saving the day, it’s worth a night out at the movies if you need to shut off your brain and just go along for the ride. 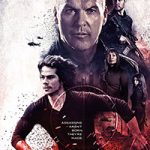 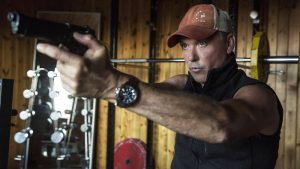 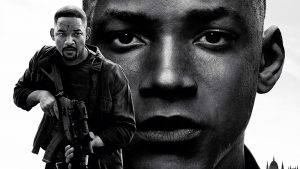