Somewhere among the sweltering streets of Casablanca, a Canadian Wing Commander meets a French Resistance agent for a mission in Allied.

It’s 1942, and Max Vatan (Brad Pitt) is sent to Morocco to assassinate a high ranking German ambassador. Immediately upon his arrival, he is introduced to the beautiful French agent, Marianna Beauséjour (Marion Cotillard), who is assigned to help carry out his mission by adopting the role of his fake Parisian wife. The undercover plot sets both a vibrant tone for an action packed narrative and a legendary love story as the lovers facade blurs into something more; something tangible and real.

Zemeckis’ wartime drama is beautifully composed, with landscapes looking like picture perfect postcards, and costumes and props adding graceful detail to scenes. Pitt and Cotillard’s chemistry is patent; the two’s dramatic love scene trapped in the middle of a sandstorm only adding to the suspense, in the chaos and the theatrical whirlwind that is the screenplay. Zemeckis has all the necessary tropes of an epic World War II era romance, with the film undoubtably being cast as nothing short of an epic. However, there are moments where the film’s continuous plot-twists and surprises weigh the enjoyment of the narrative down. The expectation of a bombshell begins to overpower the romance, drama and the epic war tale. As the two agents move to London to marry and raise a child, we learn of yet another bombshell as their relationship feels the burden of their past identities. Max’s officer, Frank Heslop (Jared Harris), suggests to him that his wife is under investigation as a suspected undercover Nazi spy, the cherry on top of a richly iced cake of suspicion.

As the accusation is examined, Marianne’s mantra of, “I keep the emotions real. That’s how it works”, play on the audiences and Max’s mind as the question of what one would do for one’s country is triggered. The accusation’s resolution, however, is both disappointing and weak in comparison to the energetic tale. After audiences have been conditioned to expect grand plot twist after plot twist, suspenseful shock after shock, the final resolution is nothing but unsatisfying and dull, a perhaps failed attempt at an ongoing cliffhanger.

All in all, Allied is a momentous journey. From Morocco to London, the film tells the extraordinary tale of love and war, of trust and suspicion, and of commitment to one’s country and one’s heart.

The inspirations for the film’s costumes were Casablanca (1942) and Now, Voyager (1942), where the costumes combined both simplicity and beauty. 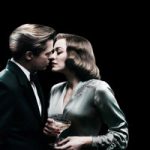